Showing posts with the label Macintosh
Show All 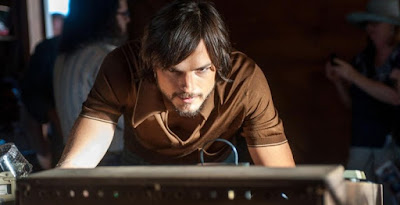 This movie, apparently released in 2013, two years after the demise of the legend Steve Jobs, the maverick CEO and Founder of Apple Inc. Jobs had a troubled childhood. He was orphaned as a baby by his biological parents Joanne Schieble, a speech therapist and Abdulfattah Jandali, a Syrian Political Science Professor. His parents Clara and Paul Jobs who adopted him not just gave him their name & identity but also the most part of their lives. He would “hang around” with his Dad in the garage and the duo would make a number of experiments using physics and common sense. As he grew up (mostly alone), Jobs grew restless and had little or no interest with pretty much anything in life including studies or building a family. Living a life of a hippie, he dropped off Reed College and wandered across the world and had his moment of truth when he was in India inspired by Zen Buddhism. He went back to the US and along with his friend Steve Wozniak started Apple Inc. as a small time project,
Post a Comment
Read more
More posts