Showing posts with the label Romance
Show All 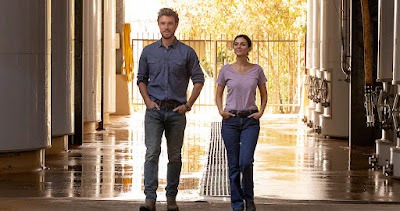 There’s nothing called the perfect match in the world – a couple in love, a geek and his device, a musician and his composition, a spin bowler and his catch and so on. But something that really pairs very well – being a foodie, I can bet you – is Wine with it’s right combo (of foods). A Perfect Pairing is not exactly a documentary on Wine tasting & pairing, rather a breezy movie about a fairly imperfect couple who eventually end up a great pair. Fairly cinematic stuff, unrealistic in life at most time. Hell yea, it’s a feel good movie after all. Lola Alvarez (Victoria Justice) is a Sales Manager at one of the top Wine Import firms in the US and is getting ready for a promotion as a Sales Director soon. After her recent divorce, she wants to take a break before another hook-up. Celebrity Chef Hamish (Nicholas Brown) loves her knowledge of wines and gets her win a big contract for her firm and she’s about to present her newest idea to her Boss Calder (Craig Horner) in the Team Meetin
Post a Comment
Read more 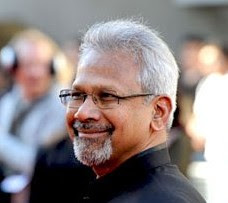 It is coincidental that I am writing this blog on the eve of Valentine's Day. Just that I found time for this only now. V-Day has been a rage in India for over two decades now. I have never lived in the West, so I don't know what kind of a fad it is there, but here, guys and girls take the event seriously. Some take it too seriously resulting in attempted suicides in the following week, which is very sad. For me, the essence of a relationship has clearly been marriage - I have been married for a decade now and we have had our share of best moments and some not-so-worthy-to-mention too. But, its all in the game. Being a sucker for commercial cinema, I have always been enthralled over the fact how movies capture the essence of marriage, starting from boy seeing the girl to proposing, dating, running around, getting married and fighting thereafter - only to live a few days or months or weeks or years together and everytime a fight occurs, either of them choose to hang on and mak
Post a Comment
Read more
More posts