Showing posts with the label Prabhu deva
Show All 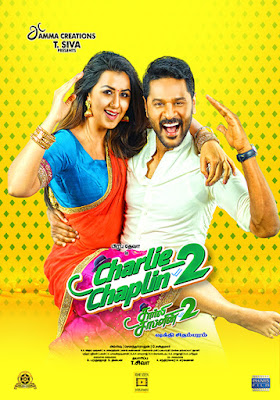 Charlie Chaplin 2 released in theatres in February 2019 and on SunNxt OTT App in March 2019. Loosely termed after the prequel starring the same combo of Prabhudeva and Prabhu, CC2 is supposed to be a comedy film with a message. While the second part is somewhat achieved, the former is a joke, really. Most of the scenes are neither comical nor funny; PD perhaps thought he can bring back his humour of the 90s and fails miserably at that. His makeup is shoddy and doesn’t suit his character’s age one bit. Prabhu tries hard to be funny but ends up being funny.   Nikhi Galrani is the glamour doll of the film although carries the film well and sincerely. Adah Sharma appears briefly but has performed her scenes well. Music is a disaster overall, save for the Chinna Machan song sung by Senthil Ganesh and his wife, which were showcased on Tv and YouTube long before the film’s release and went on to become a chartbuster on Radio and Music Apps. I am not going to reveal the story of th
Post a Comment
Read more
More posts