Showing posts with the label irumugan
Show All 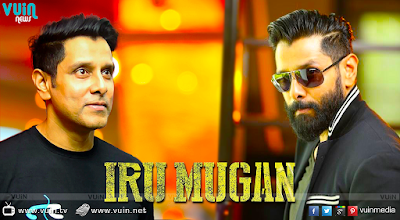 The first thing that comes to my mind is that Vikram, should perhaps be named as the next Cine world Markandeyan, after thespian Sivakumar. Secondly, Vikram well deserves the Chavalier Award for his acting skills. What a guy! The amount of hard work this actor hs done in the past 20 years is stupendous. In almost all his movies, he carries the film completely on his shoulders. Unlike many stars who are kids of Cinema biggies, Vikram had none to bank upon. He has acted in some non-nameworthy films in his late 20s and early 30s. Ever since he received a break with his Sethu, Vikram has been on the rise. He does some powerful performances every now and then and also does some light characters to strike a balance. And this is what impresses me as an ardent fan of Vikram. In his late 50s, with his daughter getting engaged to a prominent city based business family, Vikram should be doing father roles, but that is not to be. With his brilliant skills of emoting and getting in to the ski
Post a Comment
Read more
More posts