Showing posts with the label British
Show All

Your Christmas or Mine? 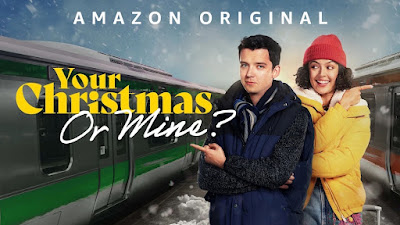 It’s Christmas time, so makes a lot of connect to watch movies which have been made for the season! This one is on Amazon Prime and wouldn’t let you down for sure. Hayley Taylor (Cora Kirk) and Hubert James Hughes (Asa Butterfield) are classmates and are departing by train to their respective family homes. The couple seem to be deeply entrenched in love and seem to already miss each other’s absence. In a sudden last minute decision, they alight from their respective trains and board the other one’s train. Each one wishes to surprise the other by coming to the other’s place for Christmas. Sounds a bit odd, as ideally they would wish to reunite with their families for the holidays. Alas, both have done the same thing, so they are going to be travelling solo, without each other!  When they arrive at their respective destinations, they figure out they did not travel with the other. Hayley manages to walk all the way, finding Hubert’s house, only to be accosted by a gunman who assumes her t
Post a Comment
Read more
More posts