Showing posts with the label Robert di Niro
Show All 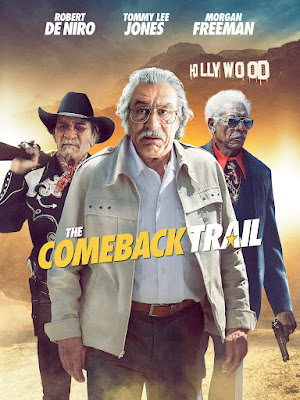 Max Barber (Robert de Niro) and his nephew Walter Creason (Zach Braff) are film producers in Hollywood. None of their films recover their investment. Max wants to make another film to set-off the losses of the previous one and the cycle continues. Reggie Fontaine (Morgan Freeman) is an influential investor who lends money to film producers like Max. But he has had enough of it with the duo and demands that this entire loan be returned, or he is going to kill them off. Max is forced by James Moore (Emile Hirsch) to give him a script which is close to the former’s heart to which he will pay him enough and more so he can cover his debts with Reggie. Reluctantly, Max decides to sell the script.   At the first day of the shoot, Frank Pierce (Patrick Muldoon) falls off the terrace of the building where the filming is planned. James has “insured” any such unfortunate outcome and hence gets paid in millions. The film is trashed, while James gets his insurance. Max decides to cancel the sale-ag
Post a Comment
Read more
More posts