Showing posts with the label The gray man
Show All 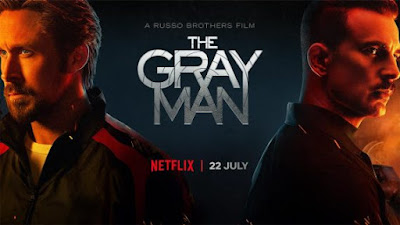 Dhanush appears briefly in the film “The Gray Man”, his first Hollywood outing but creates an impact with the morality the character displays. The Netflix movie was released on Fri. 21 Jul. 2022. . Mark Greaney’s novel by the same name has been adapted in to a film which has been bankrolled by the Russo Brothers company AGBO and released worldwide (sic) on Netflix. The film stars Ryan Gosling, Ana de Armas, Jessica Henwick and pan-Indian star Dhanush among a host of characters. The film opens up in a prison in the US in the year 2003 when a CIA agent Donald Fitzroy (Billy Bob Thornton) accosts a lifetime prisoner (Ryan Gosling) and asks him to operate as a mercenary, taking directions from the agency to “complete tasks” from time to time by the high command. He is code named Sierra Six, perhaps indicating the number of predecessors he has. Cut to 2021, the scene is now set in Bangkok where Agent Six has to kill a supposed traitor who is sharing critical and confidential information per
Post a Comment
Read more
More posts