Showing posts with the label disconnect
Show All 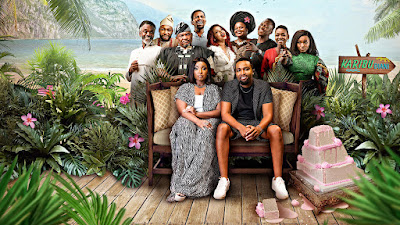 What happens when you know nothing about an interesting start-up business and still go ahead and attempt doing it, guessing some angel will help you succeed? The film shows how and why it may not work all the time! Otis is a playboy living in Nairobi and has trouble inheriting his family business. He flirts with many girls and ends up dumping each one of them, time and again. He is also a father to his daughter but his ex-wife has moved on in life. He is pitching his business idea to a potential Investor Dele but the latter is not convinced if Otis is trustworthy. His partner Khalid is also not sure of Otis’ acts and doesn’t trust him much. That’s when Otis proposes to Dele to allow him organise his wedding in a grand manner in Kenya. After much reluctance, Otis and his fiancé agree to this.  However, Otis has no clue whether he can pull this off by his own, so he invites his friends Richard & his girlfriend Celine, TK, Judy and Khalid to the Kenyan resort a few days before the wed
Post a Comment
Read more
More posts