Showing posts with the label illicit liquor
Show All 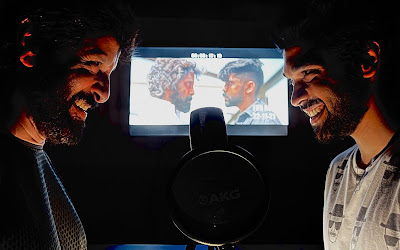 Who is a better actor – Vikram or Dhruv Vikram? While the question itself is silly, the film makes me wonder. Perhaps, it's all in the genes. Dhruv shines as much as his father in this crime drama and proves to be the most promising among the star kids who have hit the silver screens in the past decade. While no comparisons with others, he certainly stands out after an impressive performance in Aditya Verma. Mahaan, Gandhi Mahaan (Vikram) is a school teacher with a small family and lives a typical 80s and 90s life in Tamil Nadu. As a child, he was skinned by his father Mohandoss (Adukalam Naren) for playing cards with friends. As a staunch Gandhian himself, the namesake’s father takes an oath from his son beating him black and blue that he will lead the live of Mahatma Gandhi as a Mahaan. Years later, he is settled with his wife Nachi (Simran) and son Dadabhai Naoriji (Dhruv) and lives a typical middle class mundane life running errands and as a doting husband cum father. When his
Post a Comment
Read more
More posts