Showing posts with the label mr. local
Show All 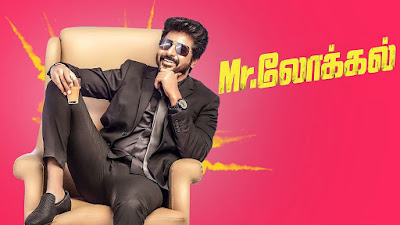 The much expected Sivakarthikeyan’s latest outing Mr. Local released on Friday, 17 th May 2019 amidst much hype and fanfare with 3 songs already being chartbusters over the past month or so. After a slam dunk that was his previous “Seemaraja”, fans and critics alike expected a super hit from the “Small Screen to Satyam” Hero who has had many credits over the past few years including his much acclaimed cross gender role in Mr. Remo. The Vijay Tv Mimicry artist rose to fame with Dhanush’s “3” Movie in 2011 and has seen a steady increase in his popularity, salary and of course Box Office RoI. He was acclaimed for his roles in films like Maan Karaate and Ethir Neechal as well as in comedies like Varuthapadada Vaalibar Sangam. But like with most heroes who hit a peak with 10 films, it’s been the same with SK being no exception who hasn’t been able to choose his roles carefully as he should. Perhaps. It was being rumored that the film crew led by SK wasn’t super impressed with the
Post a Comment
Read more
More posts