Showing posts with the label vignesh sivan
Show All 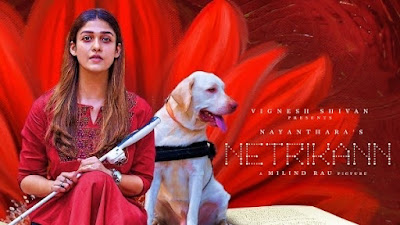 Lady Superstar Nayanthara has played a few unique characters in her career spanning 18+ years. In one of her earliest movies with Superstar Rajinikanth, her character was named “Durga” and she takes the same name in her most recent outing “Netrikann” in which she plays the role of a visually challenged person. In her earlier movie “Naanum Rowdydaan” pairing with Vijay Sethupathy, she appeared in a role who cannot hear anything. With this role, she has touched the emotions of millions of her fans with a fantastic portrayal, something very close to how a real person who cannot see the world would. Very few actors / actresses have played such a role so well, notable among them being Kamal Hassan in “Rajaparvai” and Rani Mukherjee alongside Amitabh Bachchan in the movie “Black”. Quite frankly, it is extremely difficult to “act” as though one cannot see.  Nayan has done justice to this role and has stepped up expectations on her, making the audience feel worthy of her title “Lady Superstar”
Post a Comment
Read more
More posts