I have been a self confessed fan of Director Shankar for many years now. My first tryst with his direction dates back to Gentleman when I was still in school and had limited understanding of the art that is cinema. But he was one of those Directors, I thought then, who has a bright future since he had tread on a sensitive subject in that film with elan. I have enjoyed all of his movies thereafter. In each outing of his, he brought out a different panorama of film making - something that the commercial directors have always refrained from. His heroes were larger than life, be it the "One day CM" in Mudalvan or the "Bribery conscious old man" in Indian. Ofcourse, and naturally my most liked movies of his are Sivaji and Enthiran, which feature my personal matinee idol, the Superstar of Indian Cinema, Rajinikanth. After watching Sivaji, I felt that for a change, Shankar has made a film for someone else - for Rajini fans in this case. After a successful run, his next outing with Thalaivar was remarkable - he made Rajini act in his film, in the way he likes to make a film. Enthiran, according to me was an out and out Shankar film. I wasn't personally impressed with Nanban since it was a remake of an already hit film. So my expectations on him was very high. And yes, honestly he has lived up to his expectations once again. 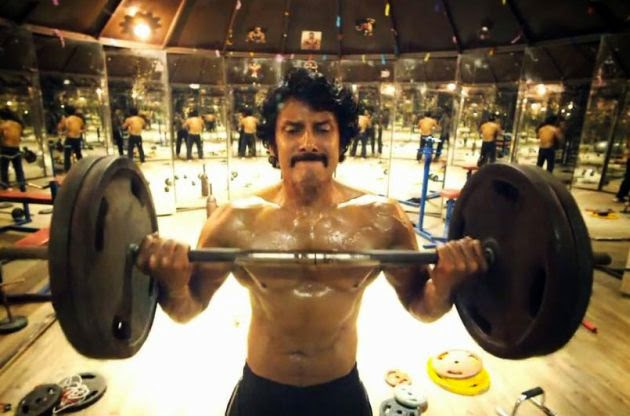 I, the movie is an all through Shankar extravaganza. Be it the songs, the settings, the fight sequences, the medical reasoning that he brings in every movie of his - every element was outstanding. In Tamil, we call it "Brammandam" - larger than life. Brilliant is the word for his sense of thinking and of course the execution which he does with finesse. Vikram, the actor hasn't had too may successes in the past. Deivathirumagal was an emotional drama while Thandavam didn't reach the masses well due to its dark background and storytelling. Rajapattai was a dud and David had mixed response in the BO. While Raavan portrayed his versatility brought out well by Mani Ratnam, his previous films Kanthasamy, Bheema, Majaa, failed to bring the magic of Anniyan, his last outing with Shankar in 2005. Shankar, very smartly chose this actor for this next extravaganza and needless to say, there couldn't have been anyone more befitting then him for this role.  Hats off to the dedication and hard work shown by Vikram, the actor in every role he has painted his make-up in the movie I. Apparently, Vikram's body weight ranged from 55Kg to over 140 Kgs - something that only he is capable of doing in today's cinema industry.

This was also one of the first time in film history that the heroine had an opening song - Ladio was a good portrayal of the role to be portrayed by actress Amy Jackson in the film - that of a super model. The song is very well shot and had the desired impact of opening a Shankar film. Job well done. Merasalayitten - a local slang which has been popular with the people of Chennai and all over the world is a peppy number where Vikram is seen jumping and running, with some interesting dance moves as well. I would equate it to the infamous "O Podu" song featuring the actor in the movie Gemini which continues to be a foot tapping number even after a decade and a half. I quite liked the CG in the song, especially where the heroine morphs out of a motorcycle - and wearing the Royal Enfield Cafe Racer outfit. Brought a smile to my face. Pookale is a pure marvel and feast to the eyes. PC Sreeram has shown even simple flowers in much grandeur. Ennodu Nee Irundaal - is a romantic number, part pathos, part romance and has been picturised very well although I didn't quite understand why the actor sported the make-up of a beast. Aila Aila is yet another peppy number with the hero and heroine dancing away happily. Overall, all the songs have been well choreographed and kudos to AR Rahman for once again giving a blockbuster, for all the songs have already been chart busters for quite a while now. 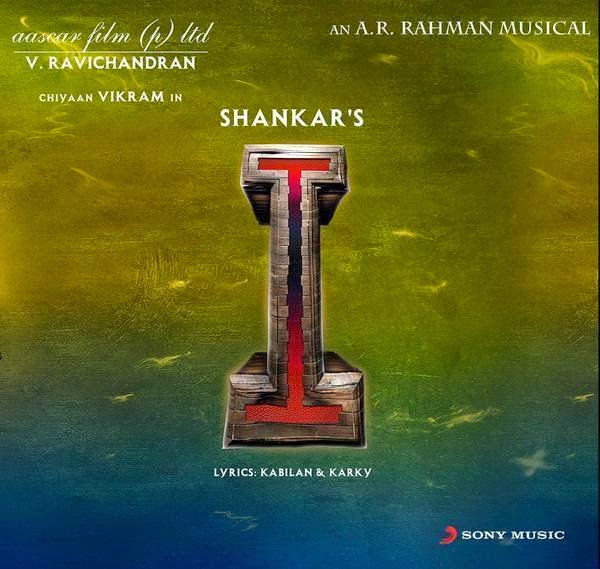 There was a post on my friend's Facebook page two days back - There was a reason why the story of "I" was not leaked for over 2.5 years since the production started - apparently, there was no story at all. Quite true. As an ardent Shankar fan, I was much disappointed as I sat through the first 30 mins of the 3 hour long film. The story had not even begun till then. I was quite sure that some scenes including Power Star Srinivasan were a waste - neither was it comical nor was it part of the story line. The stunt scenes were brilliant, especially fighting with other body builders, but then there wasn't much connect with the already weak storyline. I am not going to mention the plot of the story here - that's not my intent. But as a keen observer of film making and avid follower of Shankar's films, I felt that the Director has perhaps dwelled upon a very weak screenplay. Childhood fantasy, Love, Revenge, Rags to Riches - the plot is a ripe one. There were hardly any guesses for the audience to even ponder what would happen next. The screenplay was almost predictable. One could sense what would happen next with the kind of dialogues and setting. The saving grace was ofcourse the overdone make-up of the five key characters. 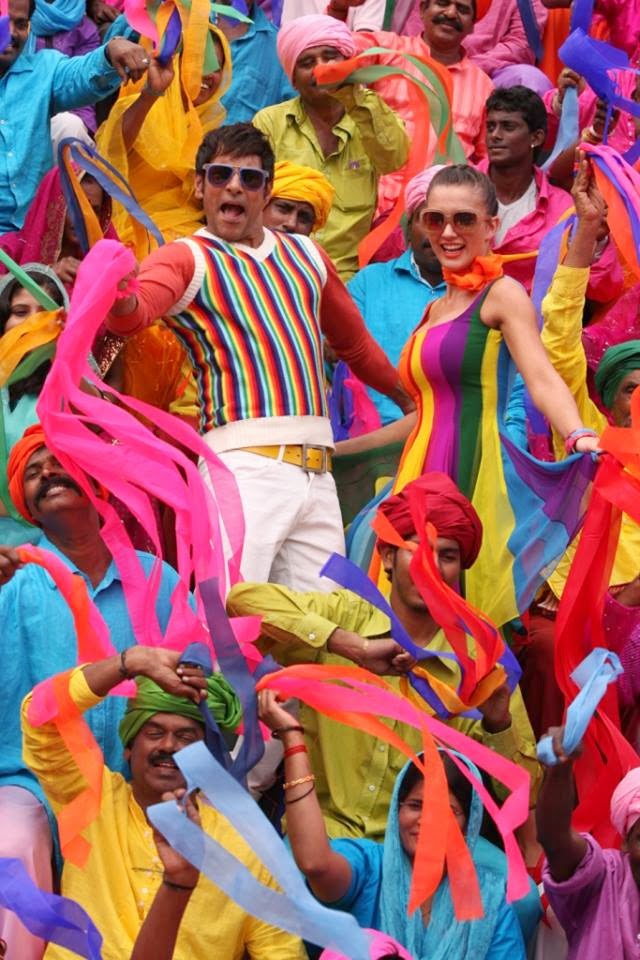 Shankar had thought that the audience would come to theatres to watch the movie just because it is a fantasy - perhaps not. Today's audience are a lot more learned and expect flesh in the story. This is a good feedback to ace directors like him, so he doesn't repeat such a feat once again. Much has been speculated that the Director would join hands with Superstart Rajinikanth for Enthiran 2. If yes, then he better write a strong script to go with the star power of the actor.

For now, I look forward to other films of the season. I am in no mood to see I, especially with my family and kids - they would neither understand nor would they appreciate the plot.
A R Rahman amy jackson Eros I Rajinikanth Shankar Superstar Vikram