The distance from Koramangala to RT Nagar in Bangalore is around 14 Kms over 25 mins at that time of the day, rather night. But the bike ride felt eternal. My skin under the full sleeves’ shirt was shivering like never before. My closest experience to something similar was during the early 1980s when I watched “My Dear Kuttichathan” at Devi Theatre in Chennai. Be it a graphically shot snake coming out of a chandelier or the evil-filled Raja Vettaiyan walking with his sticks screaming “Laka Laka Laka” or the Rajapalayam Dogs barking fiercely and of course the extraordinary eye movements of the ecstatic Chandramukhi showing off her jewels, the entire movie was a bit on the edge when I watched it for the first time on this day, 15 years back. I feel the same every time I watch this film till now – around 50+ times during the past 180 months. The scary ride was because I was returning back from PVR at Forum Mall after watching First Day Night Show and Bangalore’s lonely roads were infamous for stray dogs with whom I have had several misadventures in the past.

Chandramukhi was Superstar Rajinikanth’s comeback movie for Tamil New Year’s Day 2005 after the drab that “Baba” was for his critics. But, for his ardent fans Baasha and Baba – incidentally directed by Suresh Krishna are among our favorites. More about this later. When Thalaivar was contemplating on his next, he was convinced that a Comedy Film with a Twist was the much-needed respite to shut the mouth of his critics, a route that the veteran Director K. Balachander first experimented with the angry young man in his Thillu Mullu. So, he summoned P. Vasu and sought to remake the Director’s “Aptha Mithra” which went on to become a huge hit in Kannada, in which the lead character was none other than Sahasa Simha Late Shri. Vishnuvardhan, who incidentally was a real life “aptha mitra” to Rajini all his life. Even at his funeral, Thalaivar was the first to reach and sat in the first row all along. The Kannada film was based on the hugely acclaimed Malayalam film “Manichithirathazhu” by Director Fazil. I haven’t seen both yet, btw.

Chandramukhi set new standards in many ways in the Tamil Film Industry. 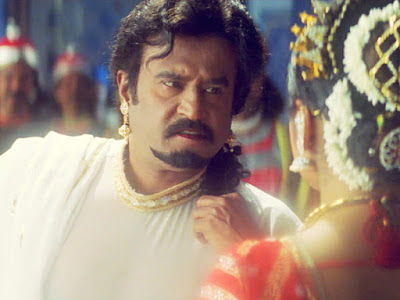 While the late 80s and early 90s were mostly rural subjects like Ejaman, Thevar Magan, Nattamai , Pasumpon or Chinna Kounder, which went to earn the moolah, the late 90s was more focused on the youth with newcomers and youngsters like Ajith, Vijay, Surya, Vikram and many more donning suitable roles for themselves. So, this was a ripe moment to get back family audiences to the theatres. Sivaji Productions, which had a great outing with Thalaivar’s Mannan had slowed down its production thanks to degenerating revenues. With the demise of the thespian Shri. Sivaji Ganesan, the fortunes of the once darling of Distributors had no takers. This was when Prabhu, Ramkumar and Thalaivar decided to come together, for if they made it big, it’s worthwhile for everyone, else nothing to lose any further. Ramkumar even appeared in the opening song with the action “Repeatu”, while Thalaivar’s close buddy and the Bus Driver of his time Raj Bahadur appeared in the second act in the song. 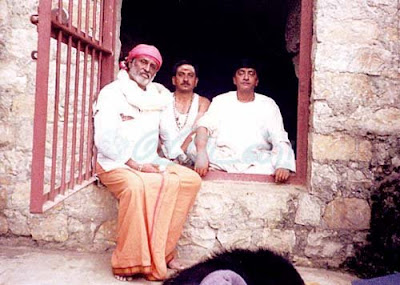 I keep wondering how life would have been for Superstar and his fans had this movie also bombed at the BO… Unthinkable. He would have settled in a hermitage in the Himalayas while we would be watching films like Padayappa on repeat mode on YouTube like Neelambari did. Thankfully, that’s not the case as we are all eagerly awaiting to watch Darbar WTP today!

I met Mr. P. Vasu at Chennai Airport couple years ago. Our flight to Bangalore was delayed, so I walked up to him and started chatting. He was very forthcoming and friendly. We spoke a lot about his movies, from Chinna Thambi to Mannan to Chandramukhi. About this film, he shared the optimism that “Rajini Sir” had on the script as well as on the Director’s ability to deliver. The opening song “Devuda Devuda” was shot at Melkote in Mandya District in Karnataka – this is where the iconic scenes were also shot in films like “Thalapathy” and “Padayappa” – the Motta Gopuram which also happens to be Mani Ratnam’s favorite shooting spot as well as that of Thalaivar. I have made several trips to this place which is where Saint Ramanujar spent a decade to worship Lord Chennakeshava and atop the hill is Lord Sri Yoga Narasimha. 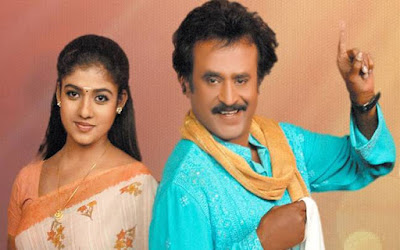 The entire shoot happened in Karnataka and Vidyasagar’s music was endearing from Day One of the album’s release. Vidyasagar who was reigning on chartbusters from films like Dhool and Anbe Sivam was a natural choice and a break from Deva + Rahmania which Rajini films had those days. Those days, there were no singles like today, so fans enjoyed the whole album and we would ourselves construct the story before the movie release and while watching FDFS. However, the Telugu song which went “sarasaku ra ra” was complex to decode – the situation and of course the context. Unlike some of his earlier films where the opening song not only eulogized the super-hero that Rajinikanth and also sent words of wisdom, two other songs of this film had messages for life. In the song “Devuda Devuda”, the lyrics establish why each profession is important to the society and that no job is menial, perhaps a reference to the Coolie work that Sivaji Rao Gaekwad once undertook. In the song “Athinthom”, there is mention of how and why no one knows everything and one must open their minds to acquire new knowledge all the time.  Annanoda Pattu has the advice that one should not set foot in to anything without knowing the depth (of an issue or likewise). The Kite song prayed to Goddess Meenakshi to abolish “Kandu Vatti” which took away innocent lives in the Madurai region those days and also had words of wisdom why one should never forget those who uplifted us in lives. The line “Panju payara pattam, pattaya kalappare pattam, Superstaru pattam Nam Pattam!” was fans favorite lines then and now.

Petite, young and bubbly “Sona” who appeared in just one song in the film Vaali went on to become popular because of her histrionics in films like Khushi. At the time of this film, industry senior and poster girl of Tamil Cinema Jyothika had set high hopes when the film was announced while a shy and not-so glamorous nor popular mallu import was introduced to Tamil Cinema - Nayanthara, who incidentally has earned the mnemonic “Lady Superstar” over the past few years. Both of them outperformed the expectations from the public and went on to conquer greater heights from here on. Prabhu was unassuming in his role while KR Vijaya’s brief yet impactful presence left a mark. Nasser and Vadivelu gave a wholesome entertainment from the word go and the “mindvoice” tactic of Dr. Saravanan and “Mappu, Vechutaayan Aaapu” have become household dialogues even today. Sonu Sood who made his first public appearance in Tamil with this film had no dialogues all through as he played a mute character though he had a grand finale fight sequence with Superstar. 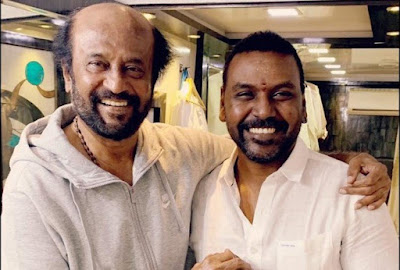 Even as I write this, there is an official word that Actor Raghava Lawrence, former Choreographer and now a successful Actor is about to start shooting Chandramukhi 2 after his own successful franchise of the Kanchana series. Lawrence, became an ardent a devotee of Saint Guru Sri Raghavendra after his close association with the Superstar and also changed his name and religion. He also built and runs a Mutt hailing the Guru in Chennai. During the ongoing Covid19 Crisis, the actor has donated Rs. 3 Crores to various relief measures. For the sake of ending this article, I rest my thoughts with this, But, there’s enough and more I can conceive and write about this film for a long time to come. At the Music launch of Chandramukhi, Thalaivar shared an anecdote why one should remain deaf - to criticisms. Here is the video.

One last takeaway from Chandramukhi – at the success party of 175 days of the film, Superstar uttered some iconic real-life advices using his usual route of narrating a short story, something that I listen often. Here’s the clip. As the world is staring at a never-ending pandemic that Corona is, all I can say is thou shall pass by, after all. Patience is key.