- July 19, 2016
It's by now a known fact to a large section of the world how much of a Rajni fan I am, thanks to an article that appeared in the front page of The Economic Times Newspaper on Saturday, 16 July 2016. Read the online link here. I knew one day my name will appear in The ET but to be featured along with a news about my two favourite passions Rajni and Retail (my startup Oyethere.com is a Hyperlocal Ecommerce Marketplace) was a double whammy. Here is the background - I tried procuring 4 tickets for myself for the opening weekend of Sivaji the movie in 2007 at Bangalore. However, I couldn't. That's when I felt how many people like me would be finding it difficult to watch a Rajnikanth magnum opus in the first week of its release. So, I reached out to INOX multiplex, one of India's largest Cinema Chains and asked them to give me a full Auditorium. Initially, they hesitated for want of any unwanted issues during the screening. I assured them that it would be a fully family show and would be a great experience for so any families. They finally agreed and gave me 220 tickets which I paid through my credit card and shared on an email group that I was part of (there was no Facebook those days!). Within 25 mins, more than 200 seats were blocked by fans and their friends/families. I was overwhelmed. As a principle, I said to myself that I would not charge a dime extra. On the D-Day, over 70 families joined me for the big show. And we had a great time.

Buoyed by this success, I conducted similar shows for Kuselan, Enthiran & Lingaa. I was travelling on work during the release of Kochadaiyaan and hence couldn't. So, for Kabali I decided to double the number of shows. This time, I have booked 2 full audis at Inox Mylapore, Chennai for Saturday and Sunday at 9am both days. All the 400 tickets have already been blocked in less than 6 hours by my friends for their families. There is a particular group of people who are having a school reunion after 20 years and they are delighted to be a part of this extravaganza. Feeling happy for all this to happen. Magizhchi. 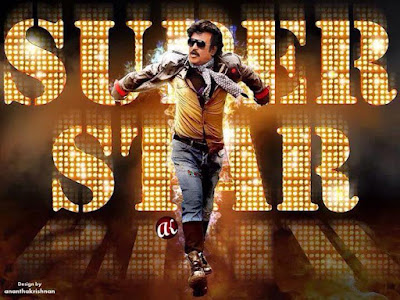 Rajni and I share the same zodiac sign - Makara Rasi. No wonder, our life has been in very similar ways, our successes and failures. Both of us went through very troubled times during the mid-90s, things turned around thereafter. 2004-2011 was our peak. He attained a global cult status and so I did, though not to his stature although in my own small way. 2012-2014 has been a disastrous time for both of us, for him his health and the failure of Lingaa at box Office and for me, bad luck with money, property and startups. And with the impending Guru Peyarchi (Jupiter Transit) in Aug. 2016, things are going to be the best time of our lives, for those born in this zodiac. Fingers crossed.

I have never met Thalaivar, as we fondly call him but I know it is around the corner. But he has made a deep impact in my life in many ways. Many of his speeches and film dialogues have left behind a lasting impact in my life and I have succeeded in many ways because of his words of wisdom. After my immediate family and Gurus, I regard him the utmost to have changed the course of my life.

In one film he says "Un vazhkai, un kayil" (Baasha) meaning "Your life is in your hands". In another he remarks that people are searching God while keeping HIM inside ourselves (Muthu). I have very few close friends and just like how Superstar had a Raj Bahadur, I too have a fellow, Bharath Gopalan in my life who is this Kuselan's Krishna as Rajni summarises in his semi-auto-bio film Kuselan. In Dalapathy, he says "Verum Panam" meaning "Just money" while handing over the money to a poor man after donating blood. In the film Baasha, he retorts, "God will test you, but will never let you down" which are the golden words of our time. Last but not the least, in the film Padayappa, he says "Aandavane Namba Pakkam irukkan" meaning "God himself is by our side".

There is so much to learn from this great man. I hope to achieve an iota of success in my life as much as Thalaivar has achieved in his life. And most importantly, to remain grounded and humble no matter how high we reach in life.
Cinema entrepreneur film hyperlocal Inox Kabali multiplex oyethere Rajinikanth rajni ranjith retail startup Tamil thanu vcreations