- August 11, 2018
Disclaimer: I am big fan of Actor Kamal Hassan. Yes, I do have differences with his opinions on politics, religion, etc. But that doesn’t take away the Kamal-fan off me. 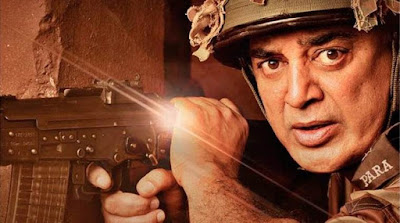 In the recently released “Kaala” featuring Superstar Rajinikanth, Director Ranjith has sort of portrayed “the white” as villain and “black” as the hero. In Viswaroopam 2, true to his leanings and admirably so, Kamal Hassan mocks at the “Brahmins of South India” settled in Lutyens Delhi and work from the South Block who wield power. So much so, that an “Iyer” character commits suicide although due to his own misdeeds and realizing what a traitor he is. Neither did Kamal in the film nor do I, endorse a certain “Iyer” who lives in real in the Indian Capital, has Leftisit and Communist leanings and a friendly camaraderie with Pakistan High Officials. In another scene, Kamal makes a “Jihadi” realize that he is actually believing a lie to be true – very powerful words, not restricted to those who claim to be Jihadis but to all of us as well. And he endorses that Wisam Ahmed Kashmiri is a true Indian despite being a Muslim.

V2 starts with where it ended in the prequel which released 5 years ago. I saw the prequel on Youtube just a day before watching the new film, just to get a hang of the screenplay and certain situations which lead to what happens in the movie. Being an ardent fan of K Balachander, Mani Ratnam, Shankar and Hari, I have been a sucker for strong screenplays and I almost lose interest even if 2-3 scenes lose steam. Kamal who has penned the screenplay is a master in this craft and hasn’t let down people like me. The film moves briskly from start to finish, but for a short 15 minute patch which is where even most great Directors struggle to bring the film back to motion, especially after the Intermission. Despite this, I still have a few scenes which are left unsaid, such as the one where he lands in Pakistan soil to be hit hard on his head or what happens to the diffused bomb in the coast of UK. And a few more too. 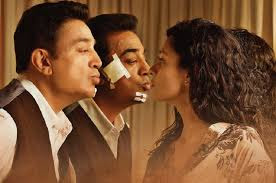 Kamal connects all the dots from the prequel, almost. He justifies every act of his, how RAW agents work, what happens in their daily lives and how they themselves have no control on the safety of their loved ones. V2 has everything a typical Kamal film would have – dry comedy, one-liners which one can understand only if you have been following his style for 2 decades or more, sarcasm about everything in life – from religion to politics to bureaucracy to America and Pakistan! And you see a 62 year old man romance with a heroine less than half his age and man, he is indeed the same “Kaadal Mannan” we saw in the 80s. Action, a genre which Kamal has showcased in many of his yesteryear films from Satya to Nayagan, Kakkisattai to  Vasool Raja, V2 displays some fantastic action sequences. For someone of that age to still to be at the job and do so well, Wow.

The co-artists have performed incredibly well in this sequel too and carry the film along quite well. Background Music deserves a big applause here. Ghibran has stuck to the core values of the movie and the BGM in certain portions gels so well with the situations. Frankly, it’s easier to arrange romantic numbers than offering background score for action thrillers. 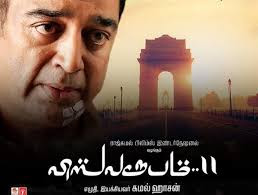 Overall, Kamal is back in full form with this slick action thriller. How I wish he does more of these and attempt romantic roles he can (No, am not expecting another Cheeni Kum) but yes, Kamal Hassan is a treasure trove of talent. Just as I write this, Kamal has officially called off any further new movies and prefers to focus on Politics. Not sure how many fans he would have there, nevertheless I wish him good luck for all his endeavors as an ardent Rajini Fan.
actor art cinema Cinema Commercial Cinema director Kamal Hassan koala ranjith superstar rajinikanth Tamil viswaroopam 2