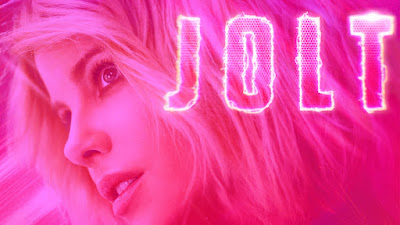 Lindy Lewis (Kate Beckinsale) grows up as a normal kid. But over time, takes over her parent’s characteristics and grows up aggressive. At one stage, she is termed “harmful” for the society and is sent to a special school to tame her mind. Sadly, it doesn’t help. She goes through medical treatment, where the medics get harmed by her tantrums. She’s sent to join and train at the Forces, where she ends up hurting even the most skilled personnel. She’s put in lock and key but her aggressive nature makes her the most vulnerable at her tipping point and she gets unexpected energies which cannot be controlled by iron and chains. Finally, Dr. Ivan Munchin (Stanley Tucci) finds a solution for her sake. She’s wrapped up with electric wiring which control her emotions every time she feels vulnerable. Just that she has to remember “to control her emotions” by pressing the switch which she carries with her all the time along with her vest on the back which have her nerve centres connected. This helps quite a bit.

She attempts yet another “date” after numerous failed ones but Justin (Jai Courtney) impresses her with his witty sense. However, Lindy gets aggressive and almost kills the waitress who not just replies rudely to both of them while taking orders but is also overheard gossiping the episode in a private phone call inside the rest room. But that night, Lindy and Justin get intimate on bed and he impresses her with his attitude, not getting in to the details of her “electroshock remote” while only praising her attitude and character. Next morning, he makes breakfast, buys some coffee and gifts her a Nikon camera – which she had mentioned as her favourite past time. He rushes to work – as an accountant to his boss Barry, and promises to meet her soon.

Calls made through the day doesn’t reach him and eventually Detective Vicars (Bobby Cannavale) informs her through Justin’s mobile that he is investigating the cause of homicide – that Justin was found with two gunshots on his head. Lindy is moved and decides to take revenge on Justin’s killers. What follows is a long cat-and-mouse game as she goes from one place to another in search of the Arms Dealer Gareth Fizel (David Bradley). While she eventually finds him, after a run and chase following many scenes, she’s shocked to see that Fizel is killed – and by none other than Justin himself. So, Justin actually wanted to take revenge on Fizel and makes Lindy go through the entire funnel of killing many others until she reaches him, eventually.