A social message, power packed performance by the protagonist, a small, yet effective cast of actors and no boring, disconnected songs for the heck of it – that’s Vinod’s Valimai for you. His previous outing “Dheeran” feat. Karthi and 2019 Nerkonda Parvai with Ajith were somewhat similar too but with different plots. Ajith carries the entire strength of the movie on his shoulders and doesn’t disappoint. The movie begins in Cambodia (South America) and reels down for a few minutes to set a context about the film’s intentions – drugs, drag racing, small time crimes and a cover-up job – in that sequence and how disconnected they all are and go unnoticed until one fine day. Bankrolled by Boney Kapoor, the film released worldwide on 24 Feb. 2022 with a record number of screens.

Arjun Kumar (Ajith) is a cop in Madurai and dances for the opening song which revolves around a world famous temple event – the Azhagar Utsavam. That the actor is a staunch follower of Lord Ganesha and Lord Vishnu is something we have seen for so many years, vividly in his movies. Similar to his seniors Rajini and Kamal, his peers Vikram, Surya & Vijay and his juniors Sivakarthikeyan and Simbu, Ajith usually prefers to don a Hindu religion character, perhaps by his own choice and will as well as to woo his larger audience. Just that this song has no relevance to the film – before or after it plays out, though his fans seem to enjoy every bit of it, especially the lyrics and punch words. After a minor family scuffle, Ajith decides to move his family to Chennai where he takes over as an Assistant Commissioner of Police. The reason for his move is not only frivolous but also a surprise, given how senior roles in the police department are appointed. He starts working on a case which opens up a pandoras box. 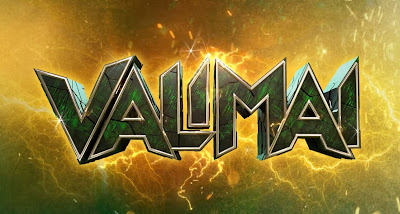 A guy commits suicide in his hostel room and Arjun visits the crime scene. He smells drugs, find some scathing evidence alongside Investigating Officer Sofia (Huma Qureshi) and starts to connect the dots. Motor cycles are purchased on an online app ALX, which are used for petty crimes but the bikes go missing eventually. Women and elderly walking on the road are snatched off their precious jewels; there is a quite a bit of drug pedalling all over the city. Within a few mins, rather on his drive back from the crime location to his office, Arjun has plotted the entire scheme of things on the reverse. He presents the case to his seniors and is awarded the role to crack this one. Arjun estimates there could be over 600 bikes which have been used for this purpose in the past 5 years and over 45 Crores worth jewellery that could have been stolen – the biggest heist in Tamil Nadu, perhaps. IG Anbarasu and DCP Rajangam are hand in glove and belittle some of Arjun’s moves, which seem obvious of their intentions. In an endless cat and mouse game which spells for the next 90 mins, the top Cop and his team crack the case which includes Arjun performing some serious bike stunts, driving a Police Bus warding off the villains and finally doing his favourite car stunts in the climax. Arjun’s mother (Sumithra), elder brother Kothandam (Achyuth Kumar) and younger brother Ashok alias Kutty (Raj Ayyappa)  have very little role to play yet the dots connect well in the end. The key antagonist “Wolfranga” Naren (Karthikeya Gummakonda) who runs “Satans Slaves” has done an excellent job maintaining his carved abs- 6,7 or even 8 packs so to say and a decent job playing his role. Sofia (Huma) shows off some of her fighting skills though they seem to be mostly cosmetic. But for a few scenes, there is no forced humour in the movie which is a positive and a negative, for it relieves the family audience of some fun.

In many ways, Ajith looks like Salman of the past 10-15 years. Maybe he overworks on his body while the make-up team lets him down, time and again. Yet, his performance speaks at the end of it all. Nirav Shah once again has proved to the audience, why he is among the top Cinematographers in India, perhaps globally too. Many of his visuals are stunning and speak volumes of the learning he has acquired in the past 2 decades. Yuvan Shankar Raja has bounced back with the BGM effects, which make “sound sense” on Dolby speakers in the theatres. As mentioned before, the songs, mostly montage, are passing ones.

Vinod’s Valimai rests on Ajith’s strength of screen presence, his antics and daring stunts. Here’s the video the crew released where he falls off - and bounces back.