Kochadaiiyaan featuring Superstar Rajinikanth and Deepika Padukone, which is created using Motion Capture Technology for the first time in the history of Indian Cinema, is expected to be telecast on Jaya TV coming Deepawali. The film was directed by Soundarya Rajnikanth Ashwin, the younger daughter of Superstar and the Direction was overseen by ace Director KS Ravikumar. The film created a huge buzz with the kind of technology it had used but hardcore Thalaivar fans were a tad disappointed since they couldn't see their matinee idol in flesh and blood. All the seven songs, composed by Oscar Winner Isaipuyal AR Rahman were chartbusters and still remain favourites among music afficianados which was release at a Sathyam Cinemas in which Shah Rukh Khan was the Chief Guest. The film had a huge star cast including Nasser, Jackie Shroff among others and had a special role of actor Late "Nagesh", mimicked and performed by a comedian. It is expected that the movie would be telecast on Wed. 22 Oct. 2014 at 6pm. 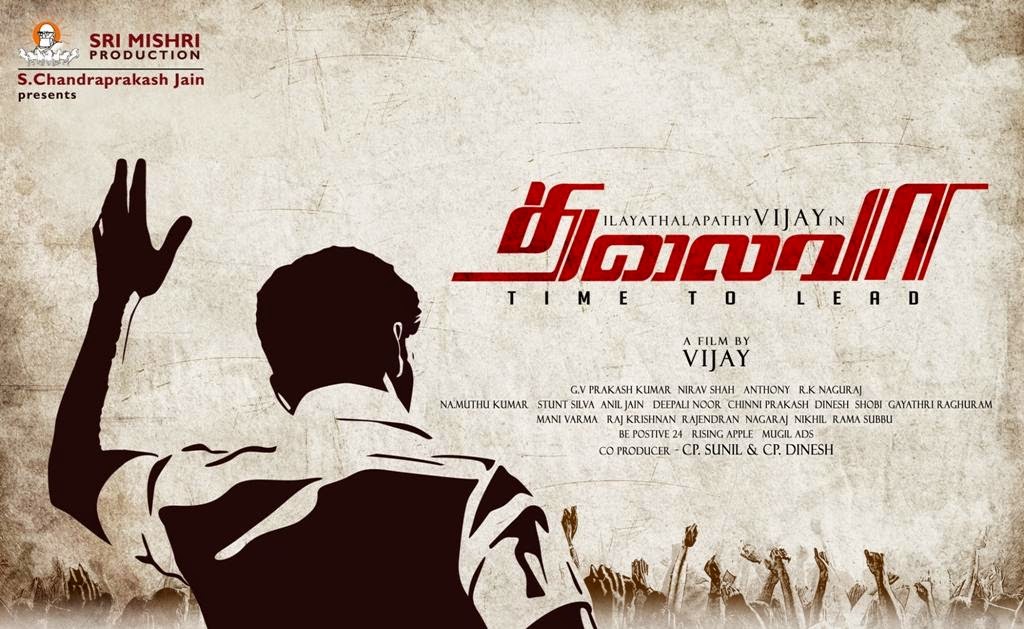 Thalaivaa, featuring Actor Vijay was acquired by Sun Tv for a cost of Rs. 15 Crores. The movie is expected to be telecast at the same time when Kochadaiiyaan would be shown on a rival channel. Interestingly, the film was condemned at the time of release and faced stiff resistance from a section of masses as the film was supposed to be anti-establishment and was assumed to be pitted against the former CM of Tamil Nadu, Ms. J Jayalaithaa. However, the issues were sorted out soon and the movie opened to full houses and had a decent run at the box office. 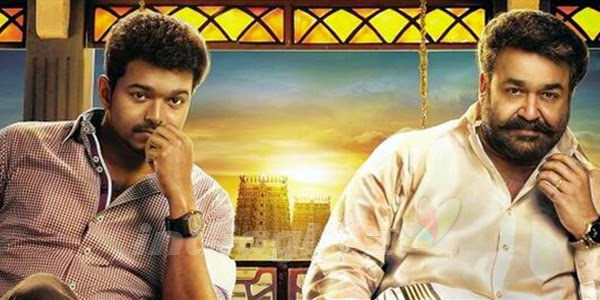 Jilla, the recent hit film of Actor Vijay is also expected to be telecast on Sun Tv during Deepawali. The film, also featured Malayalam Actor Mohanlal who appeared in tamil after the 2009 release "Ennai Pol Oruvan" which was asp a movie featuring Kamal Hassan. Jilla was a typical local-Don movie and had unexpected twists and turns which was well received by Vijay fans. 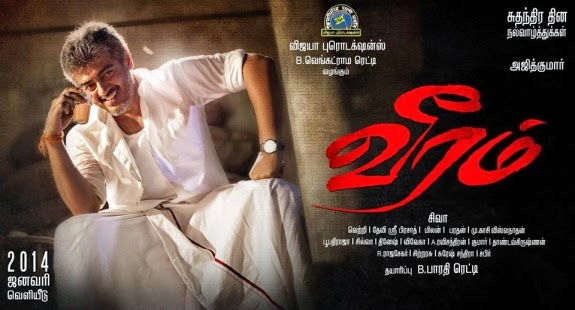 Veeram, featuring Thal Ajith is also expected to be telecast on Sun Tv this Deepawali. The film was bought for 15 Crores by the channel from its producers. The film featured Ajith Kumar along with Tamannah Bhatia and was set in a rural background which Ajith has performed with elan although after a long time in this genre. The film is all about vengence and how people go behind past instances to get straight with whom they love to hate.

Meanwhile, it is heard that Maan Karate, featuring former TV Star and now Silver screen Star Siva Karthikeyan and Hansika Motwani would be telecast on Vijay Tv. The channel, which is known more for its interesting programs, has been on a buying spree of Tamil films in the low budget genre and featuring small time film artists. Maan Karate was a sort of a thriller and is based upon a local boy taking advantage of clairvoyance of a spiritual man. How he wins the Boxing Match and his lover's heart form the rest of the story.

Apart from these, there would be a whole host of programmes on the small screen coming Deepawali which is on a Wednesday this year and most working professionals have taken almost the whole week off from work. Amidst the thundering noise of crackers, one would hardly be able to hear the dialogues from the programmes and movies but the craze and love for cinema is undying in the tamil belt and therefore the Tv channels take advantage of this phenomenon.

We wish you all a Happy and Sage Deepawali.