- March 24, 2016
The day of Holi festival is very special to Superstar Rajinikanth, for it was on this day in the year 1975 that he was named so by his guru and ace director Late Shri K. Balachandar. Shivaji Rao Gaekwad was a young lad from suburban Bangalore with high spirits in heart and a hardworking nature. His mother passed away at an early age and his father and elder brother ran the household. He ran errands for people, worked as a coolie, a bus conductor among many things to sustain himself. He had his own vices and needed money for all that. Shivaji also had a deep inclination towards spirituality even when he was young, thanks to his upbringing from Ramakrishna Mission. He performed skits and plays in the neighborhood and that prompted his friends to encourage him to join Cinema – Kannada Actor Rajkumar who was in his prime during the early 70s was a great inspiration for Shivaji. With some money in hand given by his friends, he boarded a bus to reach the erstwhile Madras and join the Film Institute here. He was in awe with the likes of Shivaji Ganesan, MGR, Gemini Ganesan and many more actors and the more contemporary and rising ones such as Vijaya Kumar, Kamal Haasan, etc. He agreed to play a guest role in his first film Aboorva Ragangal directed by none other than his mentor K. Balachander. But KB had an issue – there was already a Sivaji (Ganesan) in the Tamil Film Industry who was ruling the roost. Gaekwad was a very Maharashtrian name and given the trouble faced by Tamilians in that state during the 70s by Shiva Sena, he was afraid to project that his hero was from there. Rao – was clearly confusing, for it could be a person from AP or Karnataka. He decided to rename “Shivaji Rao Gaekwad “and asked him for suggestions. Three names cropped up – Chandrakanth, Srikanth and Rajinikanth. (Major) Chandrakanth was a Tamil play later remade in to a feature film and had already had a strong impact among film viewers. There was already an actor by the name Srikanth. So, Rajinikanth was the obvious choice for KB. And the rest, as they say is history. 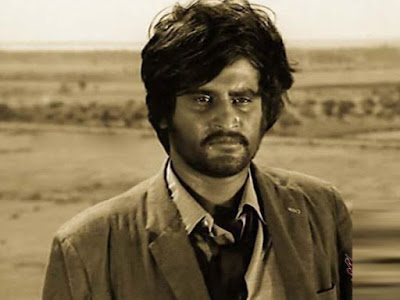 Its been close to 40 years now and Brand Rajinikanth has a huge impact in the lives of common man, the rich and mighty. People of all ages and social groups queue up from dawn, outside theatres where his films release. Large cutouts are kept and milk is poured (just like how it is done in temples) and he is considered a God for many of his fans. He has done well for himself. And has remained humble. He has had his excesses, like when he walked in to a girl who came to interview him and asked her if she would marry him (his now wife for 3.5 decades, Mrs. Latha Rajinikanth). He would get sloshed at Star hotels and his assistants and bartenders had to put him back safely in his car. His excessive addiction to smoking had a negative impact in his personal life, taking a toll on his health as well as indirectly encouraging many a youth to take up smoking, which became a political issue, almost stalling some of his films. But he was won over all of them. Today, in his early 60s, he remains as humble as one can be, never calls himself the Badsha (He had a movie to that name) and instead addresses Amitabh Bachchan the real Baadshah / Shahenshah of Indian Cinema. There are quite a few lessons that brands can learn and I am listing a few of them here;

I was talking to a fellow professor recently and we discussed the widely appreciated and successful brands launched by Spiritual Gurus such as Baba Ramdev and Sri Sri Ravishankar. What they have done is to have converted their followers and disciples as brand ambassadors. This was probably started by Rajini himself. While producers and distributors marketed the film, it was his die-hard ardent fans who promoted the movie and urged people in their neighborhood, family, kith and kin to watch the same. Till date, Rajini’s fans re his strengths and he never fails to acknowledge the fact in any of his speeches which he starts thanking them. So Brands, should not just spend money on Marketing but ensure their customers speak for them instead.

Brand Rajinikanth has remained faithful to his immediate surrounding. He has made films which were very relevant and contemporary (Enthiran – The Robot was an exception which dealt about sci-fi, et al). He has played a loving son, a trustworthy friend, doting dad and most importantly as the Good that wins the bad and cruel. This image of him has ensured that people can expect certain basics from his movies and they are mostly not let down. 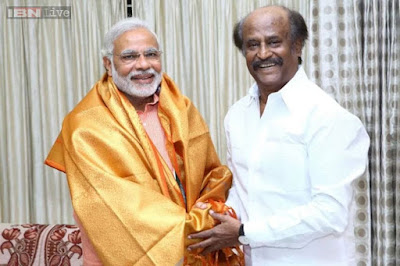 Brand Rajinikanth and the person himself remains elusive most of the times. He is rarely seen in public events and has never endorsed any single Brand ever in his lifetime despite the price he can command the reach it would have. Even his contemporary Kamal Hassan appeared for the first time in 50 years in a Television Ad to promote Apparel Retailer Pothys during Diwali 2015. But Rajini has stayed away all the while. Even on his birthdays, he is mostly out of town since he doesn’t want his fans to take the trouble of coming from far off places to see him, thereby spending a lot of money and wasting time.

Brand Rajinikanth has stayed away from CSR in the public eye. While he does charity at his own will, it is never publicized. Most of his public assets such as the Raghavendra Marriage Hall in Chennai and the Ashram School that his wife runs, are managed as Trusts, thereby bringing transparency to the system. He is a shrewd businessman as well, for he has his personal assets but then, no one is really bothered how much you made with your hard work and what you do with your money! 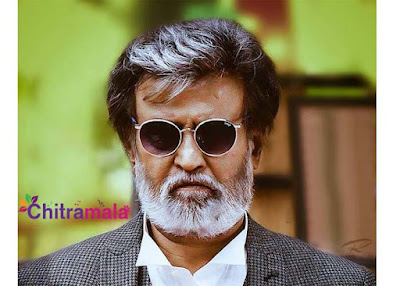 There are many more that I can list. But these are a few things that individuals and brands can learn from him. Here is wishing the best to him and his family and a roaring success of his widely anticipated next film Kabali. Cheers & Happy Holi.
Brand Chennai Cinema Film Institute K Balachander Kabali Madras Marketing Rajinikanth