- June 07, 2018
By now, most people who have been following the film and haven’t watched already know the storyline – Kaala alias Karikaalan is a migrant from South Tamil Nadu who settled in Mumbai a few decades back and helps scores of people settle and survive the tides of the mega city under the supposedly largest slum of Asia, at Dharavi. He is a Robinhood and savior for his people and the life story of the protagonist has its ups and downs. The storyline is just this without any overdose or complication. Previously, a few Tamil films have been made with the “Dharavi” area in the background, notable ones being Mani Ratnam’s Nayagan feat. Kamal Hassan (loosely based on the Western classic “Godfather”) and most recently, Thalaiva feat. Actor Vijay Joseph (Sathyaraj plays Vijay’s father who is also a Don). 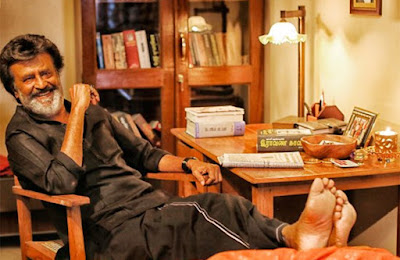 Kaala is an out and out Pa. Ranjith Film, the lucky Director who gets to work the second time with the Indian Superstar. Their previous outing Kabali in 2016 had a mixed result and a fair share of disappointment from Rajinikanth’s fans, what with the film not enjoying a cult status such as the previous ones “Sivaji” and “Enthiran”. That Linga and Kochhadaiyaan were a damp squib wasn’t helping Thalaivar as well and there was an urgent superhit that was in the offing. Superstar carefully and rightfully so, chose to work once again with Pa. Ranjith the second time and thus Kaala was born and produced by his son-in law and National Award winning Actor Dhanush.

Ranjith has handled Kaala much better this time around, compared to Kabali. The common thread in both films are – that the protagonist is an old man with a lot of worldly wisdom, is always the go-to guy for the suppressed lot and has a lot of leanings towards Dr. Ambedkar’s philosophy. This is where Ranjith scores as a Director. Despite the flak he faced in Kabali about a purported overdose of his philosophies on the subject of suppression, Dalit atrocities and overt discussion on Ambedkar (although subtly), the Director has still continued his path without any hesitation and presents his points on various issues with much clarity and his own way of storytelling. Kudos to him for taking this approach. 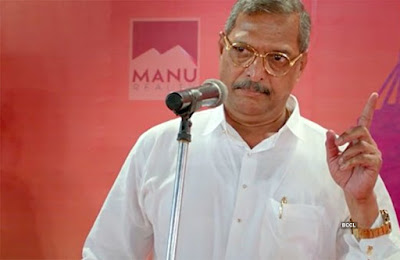 During the Audio release function of Kaala, Superstar told the audience that he had informed Ranjith during script writing that Kabali was totally the Director’s film but Kaala should be equally split between both their interests, especially keeping in mind, the Actor’s millions of fans worldwide. And Ranjith scores full marks for this and has ensured Rajini fans are not left disappointed. Kaala is introduced in the film with a gully cricket match, followed by a typical introduction song, a rustic duet with his lovelorn, a fantastic chase and fight sequence with the baddies on a flyover (a first for him), punch dialogues galore all through the film, a well scripted narrative with the antagonist, a fair dose of comedy, great camaraderie with immediate fellow crew members and “a one of its kind” climax which ends with his martyrdom which eulogizes the core character of the film. Phew. All in just 160 minutes – frankly a rarity among any of the 100+ Directors who have showcased Rajinikanth in the past 46 years.

To his part, Ranjith has remained true to his own personal philosophy which revolves around highlighting the inequalities of the downtrodden in the civil society of Indians, his love for Black (considered Evil usually and also the character’s name himself), his love for a flashback, heavy leaning on Dr. Ambedkar including references to Bhim Nagar, Buddha and a book that highlights the  positive character of Ravana, again considered evil, among others. This time around, Ranjith positions Dr. Kamaraj and EVR Periyar as well in the film - both having statues in the chawls of Dharavi although very subtly pointed. The film ends with a hindi narration of the epic Ramayana with the Good read White (sic) shown destroying the Evil read Black. 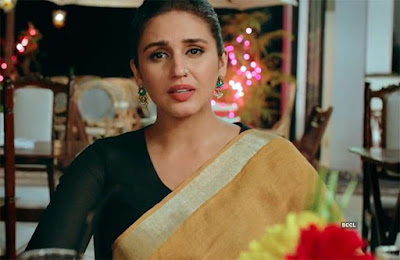 Eswari Rao as Kaala’s wife has played a fantastic role while Huma Qureshi as his love interest stuns the audience with her subtle performance yet with elegance. Nana Patekar as the Marathi Politician has strains of a similar big name in Maharashtra and is at his rolling best. Samudrakani is Kaala’s side-kick and travels with the core characters all through the film. The young-gen of Kaala Family played by a dozen characters are well captured and each of them play their roles with elan. Ganesh Visarjan which Mumbai is more infamous for, is captured with an interesting nail biting chase sequence. However, it is the Superstar who is seen in almost every frame from start to finish and carries the whole film on his shoulders, a knack that only Rajnikanth can offer in such script-heavy films. 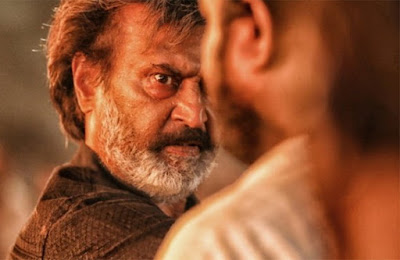 The climax fight with fire on the sets of the Dharavi area is well shot and unlike Kabali, the Director has ensured there is no song sequence all along in the background – although it ups the oomph of the fights by the Hero, it also dilutes the sequence itself.

The Music Album has 9 songs but only 3 appear in full all through the film – something that Ranjith and Santhosh Narayan had clearly explained in the making of the music preview four weeks back, just ahead of the music release. That there is nothing for the fans to hum along nor the songs becoming a chartbuster is a tad disappointment for fans. But then, this film is all about the sanctity of the script and storyline, so full marks to the team. The BGM is not extraordinary which is a usual for Santhosh Narayan, perhaps the Director was too cautious to ensure that the dialogue delivery is more important than what’s in the background. 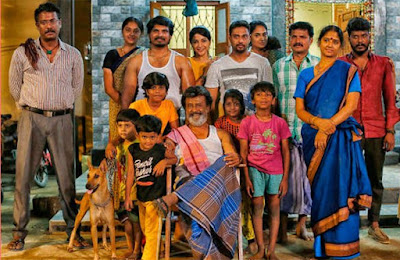 The entire film is shot on a set created at Chennai’s most iconic open area opposite the SPIC Building on Mount Road (yes, I spotted it) except for a few scenes that have been actually shot in Mumbai. Sreekar Prasad at the helm of Camera deserves an Award from the State this time for the fantastic work he has done in capturing the many moods of Dharavi.

As was reported and purported all along, Kaala is not a movie that reinforces the political desires or ambitions of Superstar Rajinikanth. As he himself said at the Music release function, there is a fair dose of politics in the film but the film itself is neither about politics or his entry into Politics which is in the anvil. Ranjith makes a subtle reference to the Saffron Parties with shades of their flags and remarks, an Obit photo for Late Anita in the end-credits (as expected), the student who committed suicide last year since she couldn’t clear NEET Exam and a special mention – that responding back with Protests being dealt with intimidation is nothing but fascism – something that’s prevalent every day in India these days. 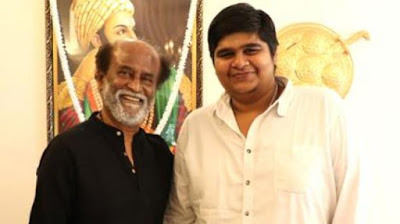 When a typical Rajini Fan walks out of the theatre after 3 hours, he/she is a happy soul having seen their matinee idol all through the film, well showcased and most important that Superstar plays his age and role in the movie. But is the fan fully satisfied? Perhaps NO. That’s like we go in with an expectation of a desired meal and come back stomach full, but the soul is still left unsatisfied. There is this little itch which makes the hardcore fan go upset but I guess this is bound to happen when Superstar is on an experimenting spree right now. As I am writing this article on 7thJune 2018, the Superstar commences shooting for his new film with another young Director Karthik Subburaj at Darjeeling, West Bengal. Good luck Thalaivar.
Chennai Cinema current affairs dalit dharavi Kaala Kabali modi government mumbai neet Rajinikanth ranjith santhosh narayanan slum Superstar swachh bharath Tamil