- August 30, 2019
A group of Madrasi residents led by PC Bala, Author of several Books and a Management Consultant who are also cinema enthusiasts gathered on 30th August 2019 at Cream Centre RA Puram to discuss about Madras and Movies as part of Madras’s 380th Founding day Celebrations.

Actor Raja Krishnamurthy, popularly known as Kitty joined the movie buffs over samosas and coffee. He was quizzed by me on his film career, early days of associating with his junior from college who went on to make iconic films like Roja & Thalapathy and of course about Kitty’s acting stints with Superstar Rajinikanth without whom Madras is incomplete.

Kitty shared about how specific scenes in films like Thalapathy and Baasha turned out during the shooting while also narrating various other crunchies about Thalaivar including his Spiritual bent as well as his views on the socio-political environment. 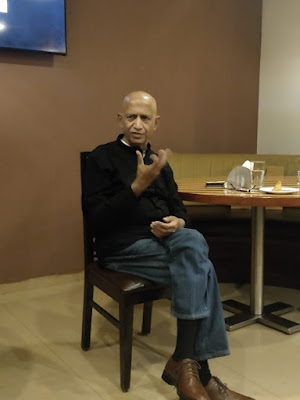 Kitty, born and raised in Mumbai, completed his MBA at Jamnalal Bajaj and moved to Chennai to join the Chola Hotel as Personnel Manager in the late 70s. Along with Director Mani Ratnam, he worked closely during the early days of the ace Director including developing the film’s script as well as assisting him on the sets. He first met Actor Rajinikanth at the Chola Hotel where he would frequent and later got to work with him in Thalapathy.

Kitty shared the audience reaction in the scenes involving the Superstar and him in Thalapathy, booing and abusing him while in Baasha, it was a U-turn of sorts by the audience how he was welcomed. He also shared what a fantastic performer and actor Rajinikanth is, especially narrating scenes from Thalapathy. We also spoke about the Late Crazy Mohan along with whom he worked in the 1997-Super hit Arunachalam albeit as a baddie opposite Thalaivar. 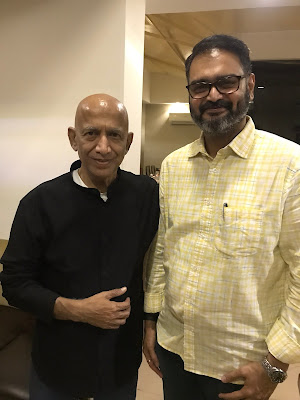 PC Bala, who has written two books about Superstar Rajinikanth along with Kitty shared his fanboy moment when he first met the Superstar at his Poes Garden home. He shared his early days of visiting Thirunallar, not to see Lord Shaneeswarar but to see Thalaivar from a distance where the latter was passing by enroute Sabari Malai. 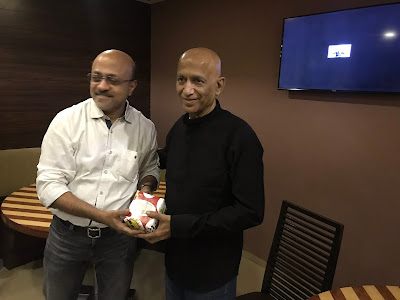 A few in the audience shared their personal moments watch FDFS while I shared how 1995- Bashyam made a huge impact on me personally, although the first song I sang as a three year old kid was “My Name Is Billa” and “Naan, Polladavan!”.

The group decided to meet more often and discuss trivia about Madras, Movies and of course their beloved Chitti who’s Darbar at Cinemas on Pongal 2020 and at Fort St. George sooner than later are eagerly awaited.