- March 29, 2020
It’s a known thing to my friends and extended circuit of people that I am a huge fan of Superstar Rajinikanth for over 40 years now. What very few people know is that I am also a big fan of the “Actor Kamal Hassan” though I don’t subscribe to his personal views on various issues including Spirituality & Religion, Politics and Current Affairs. However, I have seen almost all of his movies over the past 30 years of which at least a dozen films, over a hundred times (Still lesser than my penchant for watching Thalaivar movies). I have adored Kamal for his forward thinking on various business affairs – be it behind the camera or in front of it, casting himself as a “Her” with much authenticity or himself as 10 avtars; doing stunts real time notwithstanding his age, build and risk involved. His onscreen histrionics in films like Nayagan, Hey! Ram, Mahanathi to name a few won him awards & accolades, critical acclaim as well as controversy – it’s a package after all. 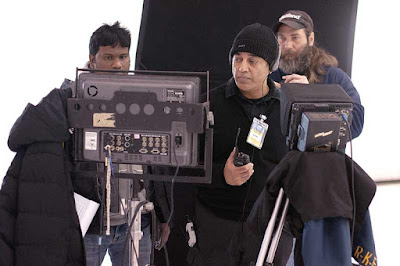 Today, once again I am remembering & respecting Kamal Hassan even as I guess he must be sipping his evening Coffee and grinning at what he attempted 7 years ago during the release of which his much anticipated & much more controversial Vishwaroopam even as the Tamil Film Industry stares at a bleak future ahead, thanks to the ongoing N-Covid 19. With a slew of big films lined up for release during the Summer of 2020, to debut with Master (Vijay), Soorarai Potru (Surya), Jagame Thanthiram (Dhanush), Paramapadam (Trisha), Thalaivi – the biopic of Late Smt. J Jayalalithaa, Valimai (Ajith Kumar) & Dhruva Natchathiram (Vikram). To give a perspective, India produces over 2,000 feature films annually, most of which have a theatrical release followed by Tv (Satellite) alongside OTT platfroms since 2018. Of these, almost 1,000 films are made in Hindi and 400+ films are in Tamil Language which are released across the world to much fanfare. There are almost 12,000 cinema theatres in India of which 23% of them are Multiplex screens which are located inside Malls (and a few standalone ones as well). So, Movie business is, well, a business and a big one at that. 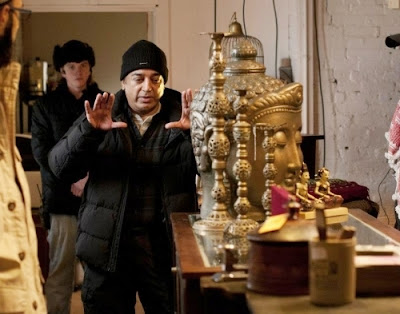 Kamal sold the rights of his film Viswaroopam in 2013 to Airtel (Tamil & Telugu versions) for Rs. 40 Crores as per market estimates & to Dish Tv (Hindi version dubbed as Vishwaroop) to be telecast on the respective DTH platforms – set top boxes for view at home 8 hours prior to theatrical release for a one-time view for Rs. 1,000. A very daring and bold move at the time, Kamal found himself being backed by a number of Directors & Producers alike for this novel attempt which many in the Film Industry felt would address the challenge of new films getting released illegally on the internet right after the first show at Cinemas.

Even as he was battling the pressure from fringe religious groups for purportedly showing Muslims in bad light in the film, he was also facing stiff resistance from the Theatre Owners who were against this move citing piracy issues and loss of income at the Box Office. Pressured on both sides and bought to his knees to ensure his home production film releases at least to recover the investment, he let go of the idea and also agreed to tone down certain scenes from the film to appease the community members. The movie was among the top grossers of the year is another story, after running for a few weeks successfully at screens. 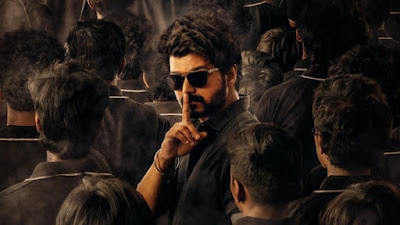 The Music release of Vijay’s Master was a low-key event on 15th March even as the country was facing an unprecedented crisis with the event having no more than 200 guests as against a planned 600 plus inside a large auditorium of a popular College. However, things went worse for the Production house thereafter. The third single crooned by Yuvan Shankar Raja had a lukewarm response among the Actor's fans and the netizens alike and the Trailer release which was proposed for 27 March has now been postponed to 30 April with no light of a release date. Experts in the Entertainment Industry have already suggested that the Producers of some of these films should certainly consider the Satellite + OTT route to encash the countrywide lockdown until 14 April.

Even after that, there is no sign of an immediate recovery of the economy and movie watching – 200 to 450 people inside a Cinema theatre may simply not be possible for want of avoiding a relapse of the infections which could go on for 6 months at least. With his last two outings Bigil & Sarkar collecting around Rs. 250 - Rs. 300 Crores each at the BO worldwide, Master had high hopes from his fans as well as the ailing Industry which has been starved of windfall profits, save for 3-6 movies a year. 2019 witnessed the Tamil Film Industry grossing Rs. 1,000 Crores from just six films - Petta, Viswasam, Nerkonda Parvai, Bigil,  Asuran and Kaithi while all the other 300+ films couldn't recover even half of this value.

With almost four months gone, no Big releases in 2020 but for Darbar feat. Superstar Rajinikanth, the Tamil Film Industry is staring at huge loss this year as well.

It's imminent that these films which are ready to release should release on the small screen at the earliest to ensure the collections are afoot and fans are not left in disappointment.

Now, the million dollar Question is who will blink first - Actors or Producers?

Alas, Kamal Hassan's next "Indian 2" produced by Lyca & Directed by Shankar is at least one year away from being ready to release. Lest, he would be fighting the battle from the front. Sigh. 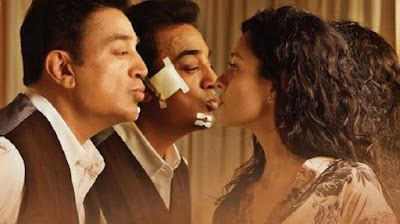