Was eagerly awaiting to see this film on the OTT platform and finally found time yesterday. The title is from a song from the critically acclaimed “Thiruda Thiruda” which was a movie about a heist, a wild goose chase and romance intertwined. KKK is almost similar. Except that it is contemporary and is tuned to today’s times. Debutant Director Desingh Periyasamy has made a movie that resonates well with the current generation across many aspects of life – Money, Romance, overnight riches and everything in between. That the storyline is somewhat familiar to Thaana Serndha kootam is one thing; that there is no 15 minute preaching at the end of the movie to justify the crime is the best thing. Perhaps, why it ran for a few weeks to packed multiplexes in key metro cities. 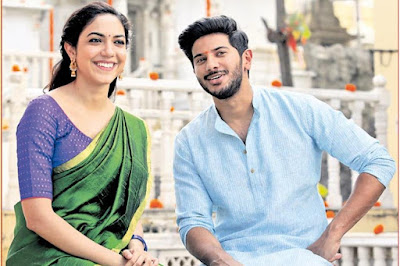 Siddharth (Dulqueer Salman) is happy go-lucky guy along with his side-kick and friend Kallis (Rakshan). They do odd jobs and for the first 10 minutes in to the film, no one knows why they exist, especially the car chase on OMR for 4 minutes only to land into a pool and start singing suddenly with bikini-clad girls, Indian and phoren. Just the kind of “current generation” stuff, I quip. He meets Meera (Ritu Verma) on the road and a casual conversation turns in to serious two-sided love. Her friend Shreya (Niranjani Ahathiyan, daughter of ace-Director Agathiyan and sister of Vijayalakshmi of Chennai28 fame) is being “seen” by Kallis who’s real name is Kaleeswaran Moorthy. They four decide to move to Goa and open a Restaurant, settle down with marriage somewhere in the plan. What we also learn are Siddharth and Kallis are actually conmen, who fool the system with trivial con jobs. When ACP Pratap (Gautam Menon) encounters a laptop fire at his home, he starts investigating the case. In the trail, he lands up at Goa only to break in to the house where the four reside, however the two girls have left, already with all the money and more bounty.

That’s when the two guys realise that the girls are a bigger con than them, involved in more serious yet unreported crimes involving duping, money laundering & blackmail. The two guys reach Delhi after working permutations of where the girls could have landed up and confront the girls. The four agree to join together, as the boys sincerely love them (yawn!) I had to drink coffee at this stage to stay awake to see the rest of the film. They try to make a quick buck by trapping a wealthy Delhi Businessman. What we reckon during these scenes is how easy it is to self-learn hacking a CCTv, fingerprint scam, coding the noise frequency of Safe Locker buttons and Google translation among others, all online using self-learning tutorials. Wish they had roped in a sponsor for this part. And then, we also learn from this episode that “Rolls Royce” has a self-driving car, a luxury car at that which can be navigated using a mobile. 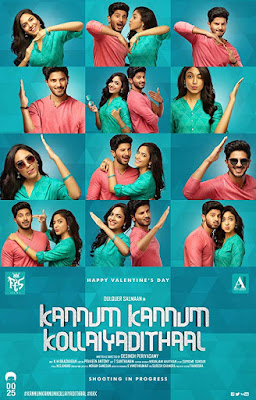 ACP Pratap lands up at Delhi for some other case and gets on a wild-goose road chase to catch the girls but in vain. In a brief flashback montage, we understand that the Meera alias Madhumita alias Ishita alias Jessie (this was a killer) had actually conned ACP Pratap and hence he wanted to take vengeance. That the BGM from VTV is played and Gautam utters dialogue from Vaaranam Ayiram – don’t really know why GVM accepted to all this.

Songs composed by “Masala Cafe”, a Music band are well worth listening repeatedly, sounding fresh and so is the BGM for the film. Since we are all bored at home during this lockdown, perhaps it’s not so bad to watch this movie to kill time. A forgettable experience anyway. Here’s wishing Dulqueer chooses better scripts, perhaps not as gripping as his Father, but not as frivolous as these. Good luck man, we have high hopes on you!