It has always been a point of discussion if it is ethical to double-cross a partner, whether in social life or in business or when in the Forces / Call of Duty. Well, there is not right or wrong here in my humble opinion. I guess the situation, the circumstances and the job/role that one plays decides whether he/she should deceive the other. An old adage goes thus – “The end doesn’t justify the means” cannot be more appropriate for this kind of behaviour. But then, life is not so simple and beautiful that we all don’t witness such situations. 2 Guns is just that. 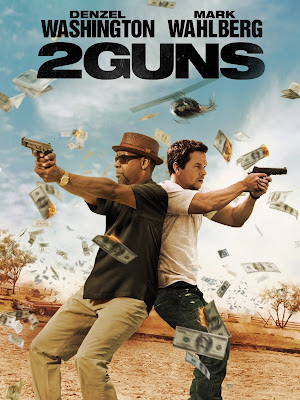 A DEA cop and a Navy marine are both in disguise. While one chooses to befriend the other, the other one picks the former randomly. Bobby (Denzel Washington) and Stig (Mark Wahlber) visit a local diner to have a coffee and conversation. Bobby is waiting for his pal to arrive so he can offer some grub while Stig is giving a deep look inside the Bank which is opposite the diner. In split seconds, the Diner is set on fire for reasons best known to the duo.

Within a few days, the two decide to rob the bank where they believe the Mexican durglord Papi Greco (Edward James) stashes his private money. This is when Bobby wants to double-cross his partner and meets his Ex-girlfriend Debbie (Paula Patton), who also happens to be a cop and asks her to turn up at 3.05pm by when the duo would have looted the Bank the next day and arrest his Stig. What’s interesting is the motive. While Stig is keen on the robbery to make his life set with the loot, Bobby wants not the money but to get Papi arrested in this pretext since he would come to the bank to know what went wrong but would certainly not lodge a complaint since the wealth is ill-gotten. Debbie doesn’t arrive at the scheduled time and the local cops arrive to investigate.

The Investigator reckons why one should never have a bank opposite a popular Diner and feels that there is a strong coincidence between the robbery and the fire at the Diner. It so happens that the Investigator Earl (Bill Paxton) is from the CIA and the money is not $2 million as the duo had guessed, rather $43.50 million – which is the commission that Papi has been paying to the CIA allegedly and for allowing him to take the CIA’s planes to get off the border.

What follows is a ruthless chase by the duo, against the duo and for the duo. Bobby feels his ex-girlfriend let him down and when they are driving away, Stig shoots Bobby on his arm and escapes with the loot to hand it over to his Navy boss Quince (James Marsden) who in turn decides to stash the money. We get to know much later that the Quince is Debbie’s boyfriend and the two decide to make good with the money and let Stig down. However, Bobby reaches Debbie’s home to seek her help and that’s when the Papi also reaches there to get hold of Bobby & Stig. They get taken back to the Mexican border and Papi negotiates Deb’s life for the $43 million. Bobby and Stig decide to work together on this and get the money back so they can save Debbie. 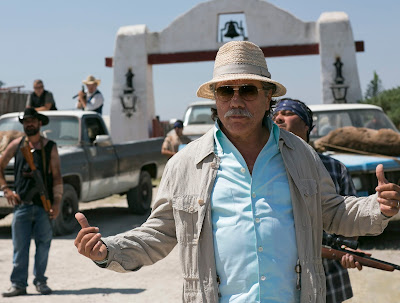 Stig does a wonderful attack inside the heavily guarded Navy campus and manages to reach the Officers Mess only to update Admiral Tuwey (Fred Ward) that Quince has played a game and has looted the money in the garb of using the money for the supposedly attacks on the drug lords and keep the fighting on. The Admiral appreciates Stig for his bravery to enter the Navy campus but refuses to support him, saying that it would be a scathing remark if the Navy agrees to his demand to punish Quince. 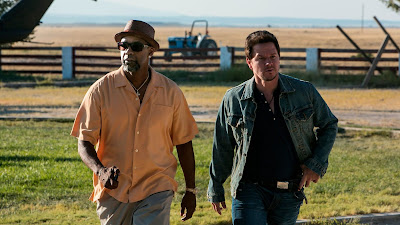 Bobby escapes from the Navy campus and reaches out to find where the money is stashed but in the meanwhile, Debbie is killed by Papi. Eventually, Bobby finds the money in a Motel room where he had spent a night a week before with Debbie and carries the loot to the Mexican border to deliver to Papi. There, Quince, Earl and Papi – all of them try their hands on the loot and eventually, all three are attacked and killed by the duo. They leave the money behind to those who deserve and walk away, arms on shoulders signifying relationships and bonding are a lot more important than money.

How I wish this happens in real… in a world where back-stabbing is a way of life for many, such noble souls also exist albeit in small numbers.