We cannot erase our past, but we can ensure we erase our future so it doesn’t erase our past. Yeah. Read again. And again. If you can get what I’m saying, well, then that’s Tent for you. 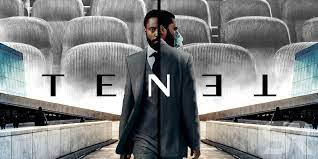 Tenet was the first big budget outing that will be remembered for being released worldwide in theatres even as the Covid-19 pandemic shook the world all through 2020. Be glad that there is no direct or indirect connect to China. For Christopher Nolan is known to intertwine not just screenplay but also multiple geographies in his films.  In Tenet, he has stuck to just 7 countries (or geographies) including Denmark, Estonia, Italy, Norway, the UK and the US as well as amchi- Mumbai displaying a brave bungee jumping act among others in Mumbai in an Antillia-like structure. Later, they gatecrash a part of Oslo Airport with a Cargo Airliner with minimum destruction to the structure (ser, perhaps!).

Tenet is fantastically (and fanatically written and conceptualised) by Nolan, someone who has always belted movies which are beyond mortal comprehension. Interstellar and Interception were noteworthy ones. Dunkirk was another. Long list. Tenet has been much spoken about over the past few years ever since he opened up about this subject who’s working title was “Merry Go Round”.

The Protagonist John David Washington (he doesn’t have a working title in the film!) ends up in a brave act, almost killed in the opening scene, only to be saved by his superior and finds himself getting treated for an afterlife which only he is aware of. Around 3,500 people are seated in an Arena somewhere in Ukraine to watch an act when a bunch of masked people try to bomb (or defuse it, more on this later). They end up saving the world ultimately but the “Protagonist” gets kidnapped by the baddies and is almost about to get killed on a now famous Russian railway track which we have seen in a few other Indian movies. He tries to chew a cyanide kind of tablet to end himself and save his colleagues but little does he realise that he has bigger tasks to undertake.

In his Ver. 2.0 and without an identity, he gets transported from a hydro-electric producing windmill by water and road to an unknown lab-like location where he is confronted by a Scientist-looking girl and is introduced to minerals which repel and reverse an action, also known as “inverted entropy”. For example, a bullet is not shot by the trigger; instead it comes back to the pistol from where it is shot at. Now, you need to watch the movie to understand better what I’m saying. The protagonist then travels to various countries and locations to understand who’s behind this mineral cum arms deal and a Russian oligarch, Andrei Sator, who lives in hiding is pinned and the whole catastrophe, an Armageddon moment is about to happen. Just that the event has already happened. That’s Tenet for you. He is joined by Neil (Robert Pattison) and later by Ives (Aaron Taylor-Johnson) and all three are officially part of the “Tenet”. 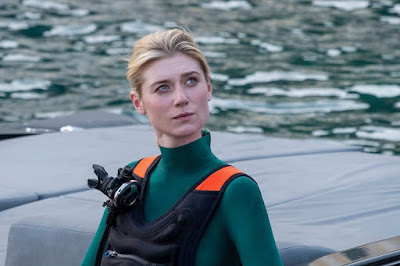 The protagonist befriends the Russian’s wife Kat (Elizabeth Debecki) to get up close with him and eventually, after a lot of screenplay, dialogues, fights and action lands up in the Russian’s yacht. They make a deal and agree to find out where the material, plutonium which is capable of a nuclear attack is to be transported. When this small piece of mineral is joined with the rest of the materials that he has, he gets a code which when detonated will destroy the world. And not just that, it will destroy all evidences of the past – everything that was ever created. Such a powerful nuclear device which he wants to get in to act as his valuable contribution to this filthy world, which according to him is so worthless.

The Protagonist and his fellow soldiers decide to work backwards (inversely) and diffuse the bomb which will be detonated afterwards, but they will work in a repel action. Sorry, this is the best I can write as a review after watching the movie. Watch it to comprehend. Do not attempt much to understand what it is all about for you may get bored in between. But do finish watching in full. Dimple Kapadia and a host of others add colour, black and white to the movie. Hans Zimmerman, who has composed BGM to all Nolan’s movies has not done it this time around. Tenet – a palindrome has multiple meanings; Doctrine, View, Opinion, Ideology, among others. What exactly the film is, is up to the viewer. Watch on the generous Prime OTT which also offers thousands of other movies for Rs. 999/- for 365 days.
amazon prime armageddon Christopher Nolan Cinema English hollywood John David Washington movies Tenet Thriller UK USA warner bros