The end does not justify the means, goes an old adage. That Lord Rama killed Vaali, the King of Monkeys while hiding behind a tree, an episode in the epic Ramayana is a topic of great debate in local circles even today. Whether the Demon King Ravana was a hero or a villain is still a point of discussion and Director Mani Ratnam went on to make a movie in his name (in 2010) eulogising the great King’s antics through a subtle characterisation of a kidnapper which was incidentally played by Abhishek himself. The makers of “The Big Bull” have merely attempted the same through this film which premiered on Disney+Hotstar OTT platform in April 2021. 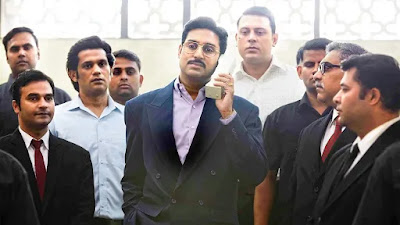 I was watching a hindi film after ages. And one feat. Abhishek Bachhan – I don’t really remember what was his previous film I saw – may be it was "Dum Maaro Dum" (2011). But boy, this guy has matured so much in his acting (no, really I mean it) over the years. Atleast in this film, I saw the same expressive eyes of his Bengali Mom and his casual yet aggressive mannerisms of his father in his 40s. I have always believed some star kids were merely unlucky than unsuccessful in cinema or business – I am not saying Abhishek is neither of these. But it’s AB Jr all the way in this movie from the first frame till the last one. Hats off that he has carried off the character so well and single handedly on his shoulders. 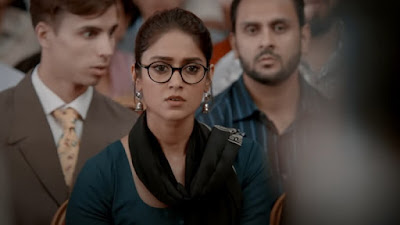 As the film begins, Journalist Meera Rao (Ileana D’Souza) is seen addressing a bunch of students (which we learn only in the last scene) and the event seems to be a book launch with the same title as the film. She takes through the audience the life of Hemant Shah (Abhishek) and his brother Viren Shah (Sohum Shah) who lived a normal life in downtown Mumbai. I was able to relate with amchi Mumbai of the 80s where I would end up for vacation once in 2-3 years as my maternal grandparents  and uncles lived there. The Mumbai of those days and today is so different, yet the same. The crowded chawls from Dharavi to Kurla, Worli to Andheri, rubbing shoulders with high rises (which are getting higher and higher by the day) are the one and the same. Hemant & Viren smell some quick money with a tip-off from a broker who trades in the Stock Markets. They decide to take this as a full time career and chase more money. 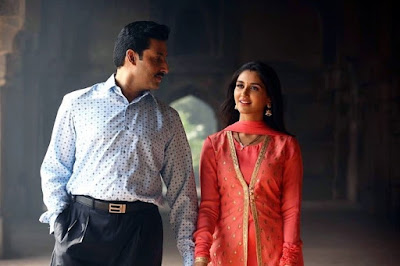 Greed, the only character unique to humans, has no end after all.

After owning a car, getting married to his sweetheart Priya Patel Shah (Nikita Dutta) and making a good social profile for himself, Hemant moves to a sea-facing apartment with its own swimming pool and a mini golf course over looking the Arabian Sea. Yes, you read that right.

This was in the late 80s and around the time when one of India’s most celebrated PV Narasimha Rao announced various liberalisation schemes. Hemant went on to earn the moniker of “The Big Bull” even as he catapulted the market worth of a number of companies over very short periods even as he quipped that most Indian companies (then) were undervalued and came up with the “cost of replacement theory” that it takes significantly more capital to build an enterprise such as a Steel or Cement or an apparel manufacturing company than what they exist as on that day and so they must be valued much higher than their worth. I guess, this theory is immortal when we see why Wal-Mart paid USD 7 Billion to acquire Flipkart or more recently why the Tata Group paid USD 2 Billion to buy a significant stake in Big Basket. 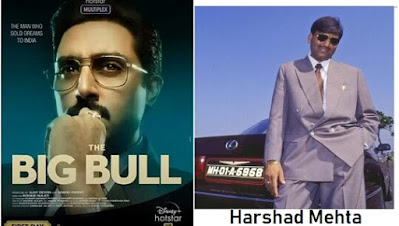 While Hemant is on a bull run, literally, what he has also done is to manipulate the Indian banking system which, thanks to some of these real life events, brought in historic changes in our Banking and Business Laws, especially relating to Stock Markets. Ultimately, Hemant is taken to task by the Indian regulatory authorities and dies of a cardiac arrest during his confinement in jail. Yes, the film is loosely based on the life of Harshad Mehta who made several lower middle class people in India earn more money than they could have imagined. Whether such short-term spikes in income (and wealth) are sustainable is anybody’s guess. And I am not even getting in to the morality of such things. But what Harshad (and Hemant) taught India and Indians was to dream – of a new India. Of growth. Of unlimited possibilities. Something I have lived by all these years. Impossible is Nothing. But choose your path wisely, I’d say.
Watch the Trailer here. The movie is available for subscribers of Disney+Hotstar App. Directed by Kookie Gulati and Produced by Ajay Devgn and Co.