I have been watching films on Netflix only for about a year, though I have honestly had the account for the past 3 years intermittently. Thanks to the theatres “locked down”, I would’ve watched at least 50 movies on this OTT platform since Apr. ’20, while washing vessels during the first lockdown, late nights after stressful work days, while on travel or simply finding a slot on a normal day to catch up some “me time”. So, watching Jagame Thandhiram (JT) today at home on the Tv was a natural progressing. And the film lived up to my preferred genres – Crime, Thrillers, International Politics, Refugee situation and of course, some gunfights. Only that JT packs almost all of these genres in one single movie over 158 mins. The whole narrative was so international that at many moments, I felt I wasn’t even watching a Tamil movie. 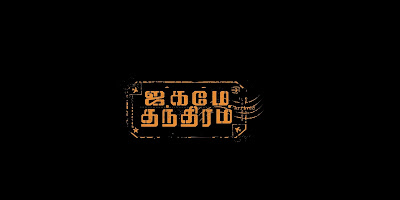 Dhanush’s Jagame Thanthiram is the first Tamil film to be titled “A Netflix Original” after the producers backed by S. Sashikanth, YNOT Films & Reliance Entertainment sold the production rights to Netfix for an estimated Rs. 55 Crores, the highest for any regional language film while Star Vijay is said to have purchased the Satellite Rights. It has also been agreed that the film can go on the small screen for a World Television Premier (WTP) only after 60 day’s from today’s release date. Karthik Subburaj’s previous outing, “Petta” was also a revenge drama, feat. Superstar Rajinikanth. After a 2.5 year break, JT released today on Netflix at 12.30 pm IST with huge expectations from Dhanush’s fans and the Tamil Film Industry as such which produces around 300+ feature films annually for a theatrical release of the 2,000 films which are released across all languages in India. Aishwarya Lekshmi is the lead heroine and Karthik’s usual gang of boys and men are all seen in this film including his father who played a cameo in Petta.

Suruli (Dhanush) runs a parotta shop in Madurai by the day and is a local goon by an alternate profession. On the eve of his wedding, his fiancé runs away citing he is a thug and doesn’t want to marry him. Scheme of things bring him to London where he is supposed to kill one of the Tamils, Sivadoss (Joju George) in a local gang war. He does his job well and earns the trust of the Brit Peter Sprott (James Cosmo), only to later understand that the Peter actually wants the refugees who enter the country (illegally) to be sent back to their country or be behind bars in a detention centre. Suruli realises his faux later on and decides to take revenge on the Peter and the climax scene is simply reminiscent of Petta – the way the team enters the huge bungalow and Suruli performing some mass stunts and fanboy moments only to deport Peter to a no-man’s land along the border of Syria and Afghanistan, with his original Red colour passport, symbolically suggesting him to suffer like how “real refugees” do in other countries. The ending also suggests that Karthik and Dhanush may do a sequel, perhaps. 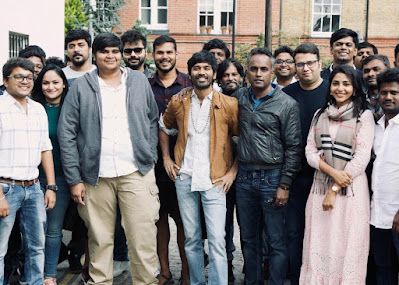 Karthik Subburaj, who has been a vocal supporter of the Tamil Eelam cause – why the LTTE fought against the Sri Lankan Government, on social media. In fact, he also pressed via his Twitter Account, a request to the new Chief Minister of Tamil Nadu Mr. MK Stalin in May after he assumed office, for an early release of Perarivalan, one of the convicts undergoing life sentence, along with others. This film, is a detailed narrative on his personal views on LTTE, Xenophobia, International Politics, among others and how the world should see the issue of ethnic cleansing & not punish the perpetrators, rather hear their side of the story too. he has indeed, done a good job in his narration though I do not want to be judgemental on his views.

Santhosh Narayanan has matched world class music composition and BGM for the movie which reminds me of several other such international language films which I've seen on Netflix. The film of course doesn’t feature two of the most expected and popular songs, “Bujji” and “Nethu” as per Netflix standards to keep the film trim and within set timelines. Camera work by Shreyas is,  again a masterpiece and the entire crew have demonstrated that India and Indians can actually match Hollywood standards with our thinking capabilities and style of execution. 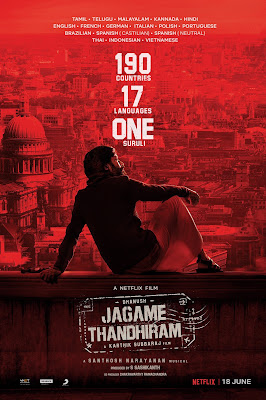 Released in 17 languages including 12 international ones, JT is South India’s first and official entry to global cinema, especially while releasing on Netflix. Dhanush has matured so much in his 18 years' of acting that he is only getting better with every outing. Be it comedy or romance, stunts or sarcasm, Dhanush has excelled in each film of his over the previous one. Whether  a stunning performance in an absolute rural folk role in Asuran or Karnan and now an international one in Jagame Thandhiram, am sure he is going places. Movie rated 18+. Adult supervision required while watching with family and kids.