Huma Qureshi said in an interview to a popular publication recently that she thinks it’s a waste of time to read each comment on her social pages! Well, she may have said it in a different tone altogether but what a 180* turn this is from the days of yore when the artists of yesteryears not only read (or asked someone to read) letters sent to them by their fans, they’d also reply back to most of them, some with gifts and courtesies. I honestly wonder if Huma would have said this if she is not as big a star she is today, thanks to her fans and the fraternity. Not that she has had successful commercial hits, especially with the BO disaster that Kaala alongside Superstar Rajinikanth that was. Well, to each her own. 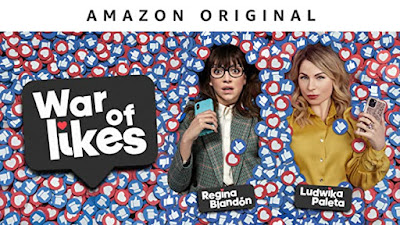 War of Likes is a film somewhat in the same lines, focussing on the lives and mentality of the millennials who believe their social score and public visibility quotient summarise their popularity among their friends and family. The number of followers on platforms such as Instagram and Twitter, according to this generation, define who they are and how they are perceived by the society (which according to them, is the whole world all about). Their first discovery and impression about a person, a company, a job opening, a movie, a restaurant or even a delivery boy of a foodtech app is a quick search digitally.

In the movie “Guerra de Likes”, a Spanish language film with English and Portugese audio and subtitles, an Amazon Original, Raquel Gamez (Regina Blandon) is a junior intern (at 35 years age) in a social media firm “Hive” in Mexico City and is perhaps not the most favourite colleague at workplace because she is not “socially popular”, doesn’t have a weird hairdo and is still single. Her scholarship to enter high school was the reason she was lonely and without friends during her young-adult age. And this continued, perhaps with Raquel living in her own terms, though her roomie and office colleague Melissa (Michelle Rodriguez) pushes her to go social. So much so, that on behalf of Raquel, Mellissa sends a friend request to her high school friend Cecy Diaz (Ludwika Paleta) who lost touch with Raquel in school but is now a top Social Media Influencer with 3.9 million followers endorsing brands and products. 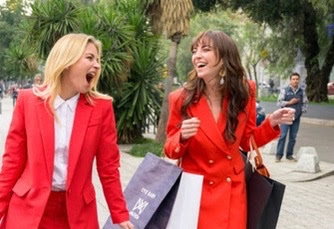 As the movie begins, Cecy and Raquel are both being investigated in different rooms by the cops after they were caught red handed in a public brawl. Both share their side of the story and the lone investigator in his room is soon joined by colleagues from the entire office to hear this spicy story of how and why the two fought.

At Hive, Raquel’s boss Flavio, who likes to be known as “Fly” in the social world (Mauricio Barrientos) tells his team to build a social life for themselves and anyone with less than 10,000 followers would have to buzz out of the Hive like a Bee. When Mellissa sends a friend request from Raquel’s account to Cecy, she promptly makes her a Facebook call from Messenger (yeah, such a thing actually exists!) and the two get chatty. Soon, Raquel is managing the soaring popularity of Cecy's social media engagements without even telling her real motive to build a large social following for herself to save her job. Cecy’s dream is to feature on the cover of a popular magazine and Cecy goes all out to make this happen, including convincing Cecy’s husband and daughter to come back, who have walked out due to her social media addiction.

That’s when Cecy gets to know the reason about Raquel’s new found love to her. 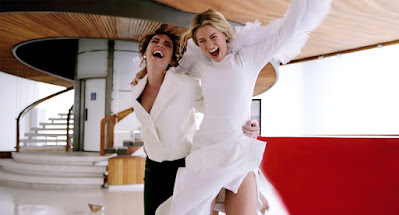 The two engage in public spats, try to pull each other’s legs socially and the final bait is a birthday party that Raquel organises for Cecy only to insult and humiliate her in public, when things go out of hand, including a minor fire. The two get picked up by the cops and are being investigated. Eventually, Cecy doesn’t file a formal complaint against Raquel and both walk away from the Police station.

Will the two get back to each other? Will Cecy realise that true friendship is not the number of followers on social media but someone who do things for real – without any expectations? Well, watch the breezy movie to know yourself which is about 100 mins in duration. Free for Amazon Prime members. And do remember to share this article, so I get more views (sic). I am not Huma Qureshi, after all.