If you know an Entrepreneur or know one, then it’s quite easy to relate to this film. In the last scene, the wife of the protagonists says “Stop”… even as he tries to make yet another escapade. It’s one thing to be a self-made professional or a first-gen Entrepreneur, but it’s equally important to know when and where to stop. The Nest is all about this. 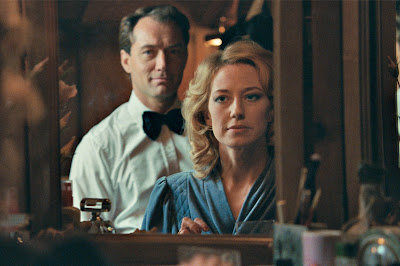 Rory O’Hara (Jude Law) is married to Allison (Carrie Coon), an American and they live a middle class New York city life. Benjamin (Charlie Shotwell) is their son together while Samantha (Oona Roche) is Allisson’s teenage daughter from her first marriage. Allison teaches horse riding and is extremely passionate about her horses, especially Richmond, the black beauty. Rory makes her morning coffee daily and one day announces that they should move back to Britain, where he hails from. He has an offer to join his former employer though Allison is uncomfortable with the idea as he has shown no success in trying with his entrepreneurial ideas all along. Forget making newfound money, she detests the idea of moving to a new country altogether, especially relocating the entire family 1,000s of miles away. They eventually decide to move to Surrey, London. Rory has bough an old mansion with the money he has received from the new employer, as he says. He promises to build a large stable of horses for Allison and work begins. The kids go to an expensive school in the neighbourhood though they hate their classes and friends.

Rory takes Allison along to high-end parties and claims they are very well to-do. But Allison hates this as they are nearly broke now. His moves at the new company have gained them nothing, rather she is sinking in to her hidden savings to keep the family afloat. Rory continues to try every thing possible to make a bounty. He even suggests that his company’s owner Arthus Davis (Michael Culkin) to sell the firm to an American buyer which is turned down. Rory is left helpless while the kids are lonely and Allison takes up a job nearby to rear Cows. Rory goes to visit his Mother (Wendy Crewson) after many years, who hardly recognises his family. She accuses him of abandoning her and is clear he is here to meet her for the money and turns him away. Back home, the couple have a dirty argument which leaves the kids petrified. Richmond collapses and Allison seeks the help of ta farmer nearby who shoots the horse and helps in burying him. 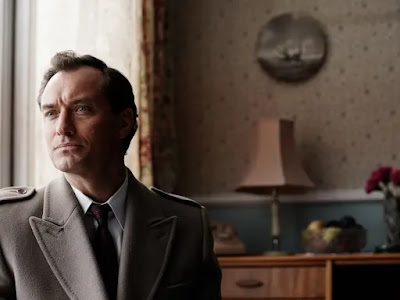 Sam befriends some people in the neighborhood of low repute while Ben gets in to a fight with bullies at school. Rory and his colleague Steve (Adeel Akhtar) meet investors who could invest in the latter’s fish-farming corporation idea. During the dinner where Allison joins, she mocks at Rory of being all-talk and no-results and leaves the place in disgust. The investors realise what’s Rory’s true worth, as he tries to pacifies them. They decide to go ahead with the project sans Rory. Steve too asks him to leave, which leaves Rory red faced. On the way back in a taxi, Rory confesses his misadventures to the driver. The driver realises he won’t get paid for his trip and therefore drops him off abruptly in the middle of the road. Rory walks back home while Allison gets drunk in a pub. They both reach home next morning and Allison is shocked to see the house is disarray with Sam’s party all over the place. Rory joins the family in the breakfast table and suggests a new plan.