Like millions of fans worldwide, I too have been watching ' a few videos on youtube since morning which brings a lot of nostalgia. After all, its 12/12 and an important day for every fan of entertainment. In Indian cinema, Tamil cinema especially, entertainment has been among the foremost reasons why ardent cinephiles watch a movie. Ask Netflix, Amazon and others, and they would tell you how tamil films are watched repeatedly. Some for their content. Some for their screenplay. Many for the lead actors & actresses. Among the top of this pyramid would be the one and only Superstar of Indian Cinema – Rajnikanth who is celebrating his 72nd birthday today. Much to the chagrin of his fans, he is not in town today and is shooting with his team for the upcoming movie Jailer, a film which has a lot of expectations due to the Director of the film Nelson, who’s Doctor (Sivakarthikeyan) and Beast (Vijay) has built a certain level of expectation.

This would be Rajini’s 169th movie. The warhorse has been tirelessly working for the past 47 years, with his first film “Aboorva Ragangal” that released in 1975. Though he came to the fray to become a villain – his close friend (of over 50 years and to date) encouraged him to pursue cinema after he played “Duruyodhana” in a drama in the neighborhood. In the first film, the actor had a cameo, but in his next, “16 Vayadinile”, he shone as an agmark villain. More such offers followed but his filmdom Guru Late Shri K. Balachander encouraged him to take up lead roles, which he diligently followed. With his bestie (!!!) Kamal Hassan, he did a few films until the two decided to work independently. The two remain the first to reach out to the other till day, when there is a need. At least, that’s what we see and hear everywhere. 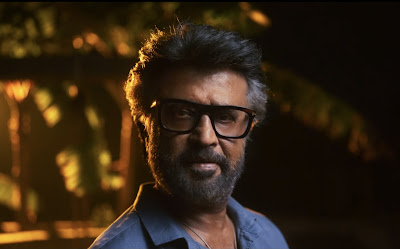 Coming back to the day, there has been a lot of noise on who is the next Superstar. Whether the current crop of actors would command more than him – Salary, film distribution and the Box office revenues. Well, if that’s just the measure of how we evaluate an actor to be a Superstar, then perhaps yes. But wouldn’t that be the same for Sean Connery, Silvester Stallone, Tom Hanks, Amitabh Bachhan and more? Back in Tamil Nadu, we have had very tall actors like MKT Bhagavathar, Sivaji Ganesan, MGR, Gemini Ganesan and so on… would they command the same three metrics as they did perhaps 30, 40, 50 years ago?

The joke is actually on us. That the so called film industry trackers and commentators (whom we the public eulogise!) are comparing the top hero of a bygone era with the current crop of actors. The fact that the re-release of “Baba” - a 20 year old movie garnered Rs. 80 lakh on it’s first day of release on 10th Dec. ’22 is actually no surprise. Frankly, but for the incessant rains last weekend, the movie would have done far better that last few days. This was the actor’s biggest flop of his lifetime and since he was the producer, it is said that he refunded the distributors for the loss and also ensured they earned handsomely in his next super hit film Chandramukhi in 2005.

After Padayappa, Rajinikanth has not had a single great hit which garnered a lot of money as well as garnered critical applause from the audience. But that’s fine I guess. Not every movie should be a commercial and critical hit for people to judge an actor’s accomplishment. But to say that the actor cannot be a Superstar anymore and someone will replace his “title” – laughable. I am as much a fan of actors Ajith, Vijay, Surya and Sivakarthikeyan, not to forget the inimitable Vikram. They all have their places in the hearts of their ardent fans. But none is replaceable from where they belong to.

Unlike a political party where there is a top position – “Thalaivar” or a corporate firm where there is a title of “CEO / MD”, etc., in cinema, the actors create their own niche. As far as Tamil cinema is concerned, there will only be one Nadigar Thilagam, Makkal Thilagam and Superstar. Those who agree, will anyway agree. Others need a Gelusil or equivalent. Maybe some sleep. 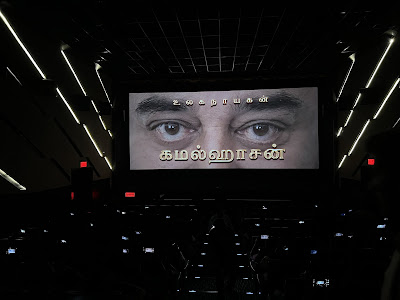