- September 28, 2018
I have been a fan of Mani Ratnam movie for over 30 years, I must confess. This is not the first time Mani is handling a multi-starrer. Exactly 30 years back, his much acclaimed Agni Natchathiram released which had two young heroes Karthik & Prabhu in the lead with a fantastic role by Vijaya Kumar. In 1991, he pulled off Thalapathi featuring Superstar Rajinikanth & Mammooty. In 2004, we saw Ayutha Exhuthu with Surya, Madhavan and Siddharth in the leads. From controversial political overtones in films like Mumbai, Dil Se and Guru to extreme romance-led subjects like Alaipayuthe, Raavan, OKK and most recently Katru Veliyidai, he has tried his hands on every genre perhaps. Having produced most of his films by himself, he never had the need to worry about critical acclaim or Box-Office collections. Add to that, he has to his credit portraying young heroes in their early career as strong protagonists - Prashanth, Arvindawamy, Madhavan, Shah Rukh Khan all the way up to Dulqeer Salman and Karthi. However, he has stuck to indigenous scripts which only he can manage over the past decade and has won hearts only of his die-hard fans over the past decade and not necessarily at the Box Office. 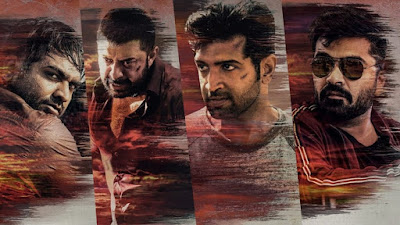 So when I first heard of this multi-starrer, I was excited. The names were big; Arvind Swamy, Silambarasan, Vijay Sethupathi, Arun Vijay, Jyothika, Prakashraj, Thiyagarajan, Jayasudha, Aishwarya Rajesh and newcomer Dayana Erappa. Phew. That was a long list. The script was, as usual kept a secret, until the trailer was released early September. The songs, once again by AR Rahman, a faithful-duo who have stayed together rock-solid for 26 years were released one by one as singles and didn’t convey any mood or situation of the film, which is usually the case. So, I went with a blank mind and wasn’t let down one bit after the 130+ minute movie which released on 27 Sep. 2018.

Senapathi (Prakashraj) is a local don with political links, who has grown up the ranks. His childhood rival is Chinnapadasan (Thiyagarajan). Senapathi’s three sons, Varadrajan (Arvindswamy), Thiyagarajan (Arun Vijay) and Ethiraj (Silambarasan) also pursue underworld businesses but in different parts of the world. Varadan manages his father’s dealings in Chennai, Thyagu in the Middle East and Ethi n Serbia. The movie’s plot is who will take over Senapathi’s fledgling empire and rule the roost after the old man passes away, with the film opening with an attack on Senapathi who is attempted to kill when his wife Lakshmi (Jayasudha) and he are returning back from a temple on their Wedding Anniversary day. In between all this is Resool (Vijay Sethupathi) who is Varadan’s schoolmate and stands by the family till the end. 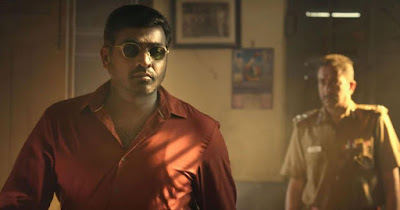 While the script is a bit predictable in places - I was able to guess pretty easily who would have ordered the attempt to murder on Senapathi, or why Thyagu’s wife gets trapped by Dubai Police and why Ethi’s newly wed wife gets killed by a sniper, the climax was, indeed a real suspense. Other characters play small but meaningful roles and the script is edgy till the end with a sweet and surprise ending.

Twists and turns, a scene on ECR, suddenly the frame moves to a yatch in Dubai all the way to a small airplane in Serbia and back to Chennai - typical Mani Ratnam + Santhosh Sivan combination. The Cinematography by Santhosh Sivan as colourful as any other Mani Ratnam movie and the slick editing by Srikar Prasad. the choice of locations were amazing with so many scenes under flyovers, typically in the outskirts of Chennai. Just loved the Lexus drive and the camera views atop the Gandikota Hills in Kadapa District which is popularly known as the Grand Canyon of sorts in India. The same road one seems in Ajith’s “Vivegam” in Serbia where the character of Akshara Hassan gets killed is also seen in CCV. The ubiquitous Bunny Mills - from Kamal Hassan’s 2006 outing Vettaiyadu Vilayudu to Rajinikanth’s 2007 release Sivaji to Jayam Ravi’s Thani Oruvan, a number of films have featured the run down interiors of the erstwhile Mill. 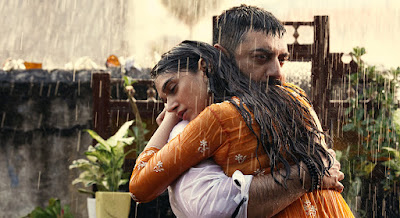 Songs and BGM are a delight and highlight in CCV. What I liked the most is Mani has finally moved to a model where the hero doesn’t need an opening song, nor a romantic duet with his sweetheart and neither a uprising number like Tamizha Tamizha or Vellai Pookal. AR Rahman has stuck to the original scope of the script and the songs are interspersed with the movie, so much so that one doesn’t even realise that the songs is being played in the background. Needless, the BGM is one of the best by Rahman which he always delivers for his “Guru” Mani Ratnam ever since their first outing Roja in 1992.

Arvind Swamy stands out with his performance amongst all others while I could see undertones of Prakash Raj from his 1997 Iruvar with Mani Ratnam. Arun Vijay gets lesser screen space than STR while both have delivered quite well. Vijay Sethupathi - this guy is a stunner. Thankfully, i saw fewer of his usual rhetorics and am sure Mani has groomed him in to a Jyothika is stunning in her choice of clothes to her emotions, which she reserves till the end. As a wife, she has done a similar performance that I last saw in Kaakha Kakkha in 2006. Aishwarya Rajesh hardly gets any screen space, so do Aditi and Dayanna. Jayasudha reserved her best for just one scene where she proves her 4 decade long acting prowess. Thyagarajan’s role has no meat and his facial expressions were a let down, although he had a scope to resurrect his career like how Raj Kiran did over the past decade. As any other Mani Ratnam movie, a number of sundry characters here and there, let loose. 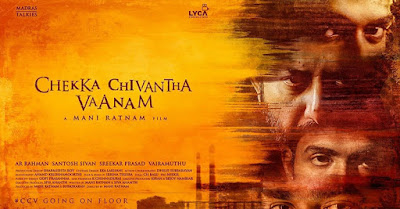