- September 26, 2018
A decade after the gangster flick “Pudupettai” released, Dhanush’s next titled “Vada Chennai” directed by Vetrimaran is ready for release after being under production for a long time. The actor who received critical acclaim for Pudupettai has never looked back ever after in his film career spanning a decade and a half now. Over the years, Dhanush has matured immensely as an actor and has given some outstanding performances in Tamil films like Vengai, Padikkadavan, VIP, Power Pandi and many more as well as his Hindi outings such as Raanjhana and Shamitabh with none other than Amitabh Bachhan. 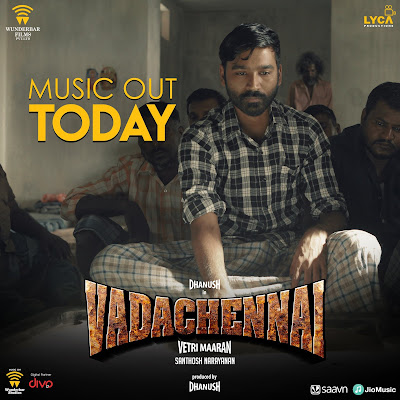 Vada Chennai is not going to be a sequel to Pudupettai. But the songs that were released on Monday, 23 Sep. 2018 have a similar antidote to the previous gangster outing. Santhosh Narayanan  in his 25th film "Vada Chennai" has once again played to the gallery with peppy numbers and a long list of songs. Off late, SaNa has been adding smaller tunes to the music playlist which are mostly situational and also evoke numerous emotions. The first song “Sandanatha” by Gaana Bala is a song which is sung at the event which is celebrated when a girl attains puberty which is usually publicized and celebrated within the community including wall posters and a public program inviting family and friends. This age-old practice is still prevalent in many communities in India, which also announces the girl is ready for marriage.

The next song “Goindhammavala” is a peppy track sung by Dhanush which is apparently teasing his lover with intriguing lyrics usually infamous in North Madras. The number “Karkuzhal” by Sriram Parthasarathy, the wonder boy of the 2000s is a smooth romantic number, with background monotones by SaNa himself. Very touching lyrics by the hero who’s missing his better half (not sure girl friend or wife). The song opens with just the vocals and later, SaNa takes over with his husky voice and the number gets peppier, especially with Pradeep’s background tunes. “Maadila Nikkura Mankutty” is yet another peppy number by Gana Bala in a typical gana tune, again famous in the North Madras circles. The hero has two female leads, Aishwarya Rajesh and Andrea Jeremiah in the film, just like Pudupettai which had Sneha and Kiran. The highlight of the playlist is “Ennadi Maayavi Nee” by the inimitable Sid Sriram. I always wonder whether music directors make music for Sid or does he get these tunes. What an intriguing number! I can fondly remember only a few songs belted by Sid in the past which are so gripping (Adiye from Kadal and Ennodu Nee irundhal from I are the other two, perhaps). The Piano background in this song is outstanding and the song has many moods – depending on who is listening and when; for example, a lover who’s missing his loved one may relate the song differently than the one who’s just broken up. Or a husband who’s travelling far away from his wife! Again, the lyrics and tunes are beyond age, gender and type of relationship. One of my most favorite tunes of my own lifetime, thanks to the lyricist, SaNa and Sid, of course. 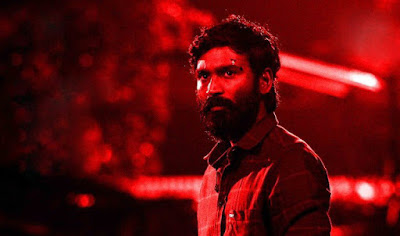 “Eppadiyamma” is another gana/folk song attributing the death of a member of the community. The lyrics indicate that the film revolves around the Harbor which is also a stark resemblance to Pudupettai which had a similar setting as well. The song is a foot tapping number which can only be enjoyed by those who understand the distinct culture of North Madras.

“Mathiya Seriyila” is a song sung by a jail bird, another resemblance to Pudupettai. The song is plain and simple with narrative lyrics of life inside a prison. “Alangara Pandhal” is sung by Dholak Jegan which is a song of Remembrance Day of a close friend. The album ends with “King of Sea” which is a stunning background score indicating the brilliance of Santhosh Narayanan, the Music Director.

Over all the Album is a top score and can be related well only while watching the movie on a big screen with the grandeur of Cinematography. Waiting to watch the film soon!
chennai. crime Cinema dhanush don story fisherman north madras Tamil tamil nadu underworld vada chennai vetrimaaran