- March 15, 2019
There have been many films about Music. But STM is a very special one for me, being a trained Mridangam player since the age of 7. That I discontinued my learning of the art over Class 10 exams is partly fate, mostly stupidity as I not sure how much the Geography, Chemistry Lab tests and Integers that I prepared for the exams have helped me today or in life. But that’s for another post. Ace Director Rajiv Menon is back after two decades with STM, a dedication to the art and the artists in a very earnest way. Interestingly, through one of my Consulting Assignments, I happened to meet Rajiv two years back when I heard the script from him and was awed not just by what he had conceived but by the sheer storytelling as well. When I watched the movie on Netflix on my iPad aboard Shatabdi to Chennai a few days back, I was able to recollect every scene and with the same vigour and detailing with which I heard the story before. Hats off to this Director who’s style of Storytelling is top notch. 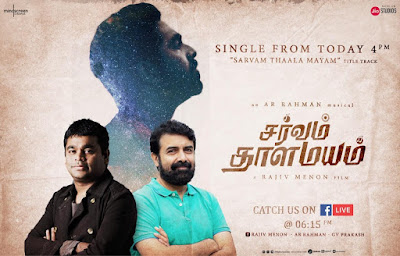 STM is about a millennial’s self discovery journey - what he wants to do in life and what he eventually does, thanks to his fate, his passion for music and his unstinted dedication to his teacher. Peter Johnson is a happy go lucky “Vijay Fan” who performs histrionics for every FDFS of his matinee idol’s films. He falls in love for his muse through a chance encounter. But he surprises himself when he sees a Vidwan perform at a concert on a Mridangam that his father and he had made - wondering how the Vidwan could bring out such great music. He tries his best to learn from the Guru and thanks to his continued persistence, the Vidwan finally accepts him as a disciple. 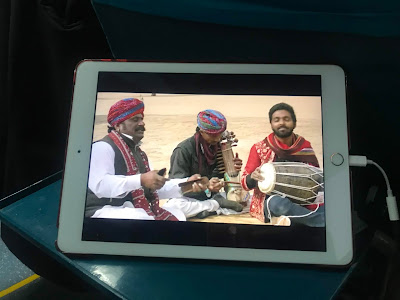 The Vidwan, a Padmavihushan awardee is a stickler to traditional ways of learning the art and avers his students to perform commercially. Many students walk away from the Guru for this purpose since they have different goals these days other than excelling in the art itself. Peter continues his search for himself and what follows is a national tour on his motorcycle, where he plays, learns and performs with percussionists of various instruments only to return back to his Guru who himself advises his ardent student to participate in a Tv Reality Show, where finally Peter wins, thanks to his innovation ways of performing. 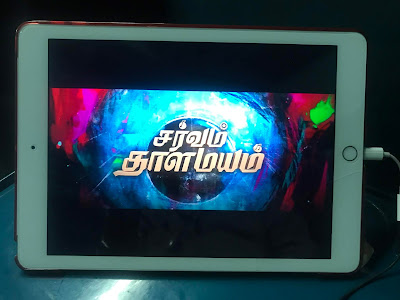 There could be no one better that I think would have done justice to the music of the film than AR Rahman who has previously worked in two of Rajiv's outings in the 1990s which were chartbusters then and now. The title songs, which released in November 2018 has been one of my most heard ones over the past few months while Maya Maya by Chnimayi lingers many times during the course of the film. Maakelara Vicharamu, with a fantastic add-on version by ARR, is perhaps the best finishing of any Tamil movie, with Peter Johnson accompanying none other than Smt. Bombay Jayashree on stage. The supporting actors, especially Nedumudi Venu was excellent in his portrayal of a typical "Sangeetha Vidwan" while Aparna, Vineet and many others have done their part, albeit small.

I was completely glued to the screen all along for multiple reasons - 1) I have been a trained percussionist; 2) I already knew the storyline and wanted to see it in flesh; 3) I was curious how the Director showcases this very sensitive subject without hurting the sentiments of many purists of the Music world. Rajiv Menon not only succeeds but excels here with his fine art of storytelling. He is neither preaching who can or shouldn’t perform music; nor he is saying what is right and wrong. In my inference, I took it that all he says that Music is universal and anyone can learn, play, perform and excel if they have the passion and dedication for it. If you haven’t seen it yet, search for it in Netflix. If you like dramas, you’ll enjoy this.
AR Rahman art cinema Cinema gv prakash rajiv menon saravan thaamani mayam stm Tamil