Corporate Politics has remained ever since Corporates have existed. Now, whether it is good for an Organisation or not is anyone’s guess. Similarly, should one play politics at workplace is another question which remains unanswered and is left to an individual’s prerogative at the end. Over the past 20 years, I have tried as much as possible to remain apolitical and without aligning too left or right with colleagues and this, has perhaps made all the difference. To my success, rather the limited success, as I reckon with no regrets at all over 24 years at work. Though I am quite happy with my outcomes, to be what I am after all, in my own style of working. 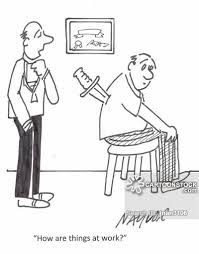 I happened to watch two films back to back last weekend and it was only coincidence that the names of both the films begin with the alphabet, B. One was Beirut and another was Backstabbing for Beginners. Both were gripping screenplays, both were worth watching on a big screen and both were finely crafted, in my humble opinion. And both, were about global politics and how it could have a deep impact in professional lives and careers. And these two films were also about international diplomacy which made the case even more curious! 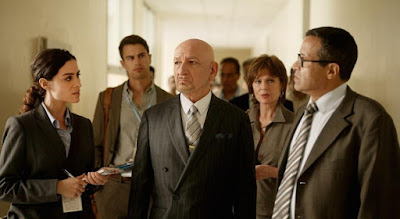 Backstabbing for Beginners, as the name goes is about a kid who wishes to become a “Diplomat” and tries for a suitable role for a couple years. Until his resume comes under the thoughtful eyes of Costa “Paasha” Passaris (Ben Kingsley), the Unser-Secretary General of the UN. William (Theo James) echoes why he wants to follow his father’s footsteps who was blown away as an American diplomat during a bomb blast at Baghdad many years ago and all he had were a few pics with his dad in a beach and some of his pearls of wisdom. To his own surprise, he gets the dream job and is assigned on the team which manages the iconic “Oil for Food” program, a flagship outing of the United Nations and is being coordinated by a team that is headed by Paasha and based at Washington, DC. 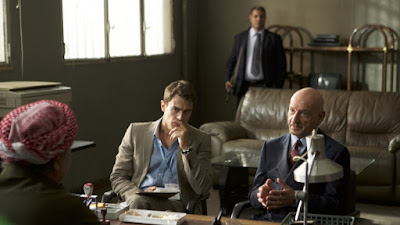 In just a few days of his joining, he is summoned to Baghdad and is shocked to learn the corruption that existed at the time, even as Saddam Hussain was ruling Iraq and had underhand deals with none other than domestic bureaucrats and international diplomats, let alone local Politicians, the rich & mighty. Despite the unrest in the entire region, the deals keep going on and eventually William realises that his beloved Boss is a key part of the corrupted system. Every thief has a justification and so does the top Diplomat. For reasons that include huge deals of money, retention of power and so on. Yet, William is restless all along and wants to make a difference. Will he expose his very own boss who got him into the chair? That’s what the film is all about. A dilemma between the heart and brain. My Late uncle used to tell me as a child, “The End doesn’t justify the means” meaning doing things the incorrect way is not even a choice. It cannot be more true as I learned yet another life-lesson, watching this movie!

Beirut is largely shot and is about a story, perhaps fictional that happens in the city. The film begins with a flashback which happened 30 years back when the Americans had a larger control of the country avenging forces which attacked the city for various reasons during the Lebanese Civil War. There is a bomb blast at a top bureaucrat’s house party and the entire guest list is devastated with the outcome. Mason Skiles (Jon Ham) leaves the country to the US after his beloved wife is killed in the attack. Their adopted kid, a local refugee is kidnapped by the forces at work on the same day and this leaves him quite disturbed never to return back. However, while he is enjoying his unlimited drinks having become an alcoholic, he gets summoned to visit the city as a negotiator to release a hostage, an American diplomat. That Mason was a top negotiator in his hay-days adds an advantage for him. 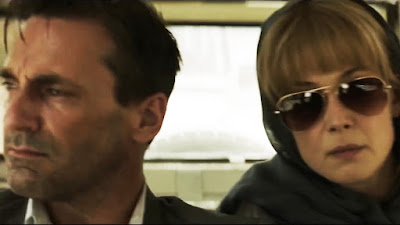 Once in Beirut, he realises that the hostage is none other than one of his close friends Sandy Crowder (Rosamund Pike) whom he left behind when he moved baggage many years back. And the abductor is none other than the 13 yo Palestinian refugee kid he rescued and brought up for a few years. Now, he is in a dilemma, whether to believe what the abductor says and does or that he simply use his mind of a master negotiator and ensure a safe release of the hostage. From using morse codes to cracking puzzles, he attempts everything to save his friend and also quits alcohol in the melee. How he rescues his friend and eventually what matters is righteousness or Dharma is the crux of the film. Both films have a lot to do with today’s Corporate Politics. I have had a few instances all my career, perhaps in every role I have worked across companies when I could have sold myself. Looking back, I stand tall and proud. And that’s what keeps me going. And growing perhaps. Miles2Go.

Do give it a try. Streaming on Netflix & Amazon Prime.