If the Mallus world over rever Mohanlal as one of the greatest actors of all time, it is not without a reason. The Malayalam film industry's Superstar has once again proven to his critics, why this adulation is justified. From Kaalapani (Hindi) to Marakkar, Mohanlal + Director Priyadarshan combination has worked out well from the critical acclaim point of view. Apparently, the first discussion about Marakkar happened between the duo on the sets of Kaalapani, which was about two prisoners in the infamous Andaman Jail and how they end up there after being captured by the British, try to break out several times and eventually get killed. The film featured Tamil Actor Prabhu as well alongside Mohan Lal and won several accolades and critical acclaim. But Marakkar was shelved back then due to potentially high budgets. The Malayalam film industry is perhaps, one of the most underserved yet deserving piece of art with no more than 500+ screens for exhibition on date in the state of Kerala. 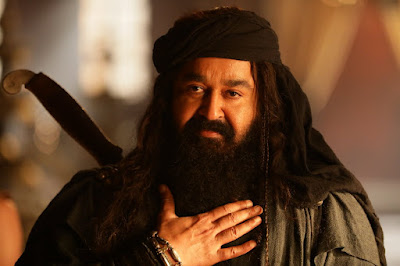 However, in 2018, a team came together to make the Magnum Opus that is Marakkar with Mohanlal in the title lead, his son Pranav, as well as stars from other languages all playing a small yet significant role. Suniel Shetty, Prabhu and Arjun Sarja were roped in to cater to their respective domains while Suhasini, Manju Warrier and Keerthi Suresh bagged plum roles as well. Background Music was composed by Rahul Raj, Ankit Suri and Lyell Evans Roeder and the songs were composed by Ronnie Raphael.

The film is set in the 17th Century when the Portuguese first entered the Arabian Coast of India to conduct business - from the erstwhile Bombay all the way to Goa, Kozhikode and Kochi. While they were good business people, they also saw a lot of wealth in the country which could be looted back to their respective countries. The multi-religious and ethnic fabric of India back then, only helped their cause. One of the earliest freedom fighters and an uncelebrated one at that was Kunjali Mohamad Ali Marakkar and this film is a fictitious and dramatised description of his early life, personal struggles and eventually how he helped people to ward off the uninvited enemies to their land. 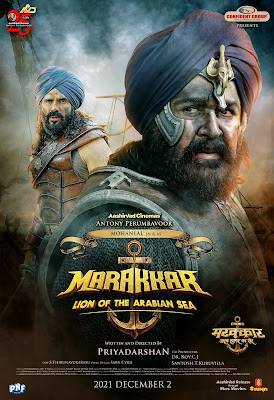 Kuttiyali Marakkar (Fazil) and his sons served as the Naval commanders of the Samudhri kingdom of Kerala and helped the King retain his seat against Portuguese invasion. As he lost one of his sons in the battle, he decides not to go back to the war front henceforth and turns a trader instead. His grandson Mohamad Ali is brought up by his single mother Khadeejum (Suhasini) and is getting ready to marry his childhood love Aisha (Kalyani). On the eve of the wedding, the entire family gets killed except Mohamad Ali and his uncle Pattu Marakkar (Siddique) due to a coup by the Portuguese. For this, Mohamad Ali avenges revenge on all those involved and by doing good for the poor and the downtrodden. From now on, he takes the nemonic "Kunjali" and becomes the people's saviour.

Samudhri region's King Zamorin (Nedumudi Venu) is disturbed about the frequent Portuguese invasion and consults his lieutenant Mangathachan (Harish Peradi), his sons Achuthan (Ashok Selvan) and Anandan (Arjun Sarja) and neighbouring smaller rulers. They unanimously agree to seek the assistance of Kunjali, who is revered as the King of the Arabian Sea, after defeating so many Portuguese ships. However, a few kings disagree to the same as Kunjali is a thug and a dacoit at best and walk away. Kunjali is invited to be a part of the Samudhri Kingdom's war team and is ordained as the Naval Head while Anandan is the Head of the field force. This irks Achuthan who had to give away his position to the outsider that is Kunjali. Along with the Tamil speaking Thangudu (Prabhu) who is the ship builder of the Marakkars, Kunjali and his men rebuild their lost fortress in the Samudhri region. 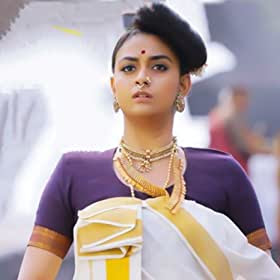 In the meanwhile, Kunjali rescues a Chinese origin mother-son duo captured as slaves by the Portuguese. Chinnali (Jay J Jakkrit), as he is named becomes the personal security officer of Kunjali and falls in love with Aarcha (Keerthi Suresh) who is also the daughter of Dharmoth Panicker (Mukesh) who is the King's Minister. Achuthan is also in love with Aarcha and a marriage is fixed between him and Aarcha. However, Aarcha already conceives a baby with Chinnali and the two get married secretly. Common enemies of the King and Kunjali set the two against each other. What follows is back stabbing, a bloody war and a climax which is somewhat reasonably predictable. Kunjali is eventually captured and killed by the Portuguese through a guillotine for reasons of treason, as ordered by the King of Portugal.

The film is 3 hours long and I personally saw it in 3 instalments while travelling. To see it in one go needs a lot of patience (and unlimited snacks, of course) and rapt attention being a historical movie with multiple characters. While there is no comparison that it deserves, the film has actually been shot very tactfully, edited crisply by Sabu Cyril and is in line with any high budget international film in today's time and age.

From IG of Police Raghavan Marar (Unnaipol Oruvan) to Marakkar - the King of Arabian Sea, Actor Mohan Lal has proven yet again that he can seamlessly fall in to any character and dwell deep, no matter what his role is. And the way the actor walks away shyly from all the adulation, at the end of it, is a sincerest way to respect the love of his fans. Marakkar is available to watch on Amazon Prime in four languages, Malayalam, Hindi, Tamil & Telugu (with subtitles) of Course.