Maaran is the third consecutive OTT release for actor Dhanush after Jagame Thanthiram  and Atrangi Re. This time on Disney+Hotstar.

Sathyamurthy (Ramki) is a news reporter who is into investigative journalism. On the day his wife delivers their second child, a girl baby, Sathya is killed by his detractors while his wife deceases upon delivery. Mathimaaran brings up his sister Shweta (Smruthi Venkat) along with his uncle (Aadukalam Naren). Maaran changes job often due to his straightforward way of writing and eventually lands up  with a News channel (owned by Jayaprakash) where he gets to show his professional work and grows up the ranks while also gaining social popularity. Thara (Malavika Mohanan) is his colleague and the two build a mutual liking for each other. 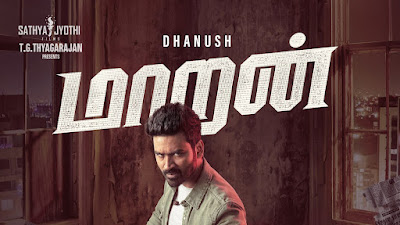 Pazhani (Samuthrakani) is a former Minister who is trying to get re-elected in the upcoming by-election. However, as he is unsure about his victory, he indulges in tampering with the Electronic Voting Machine (EVM). In Maaran’s sting operation instigated by Inspector Bharath (Mahendran), Pazhani’s antics gets revealed to the public.

Smruthi gets kidnapped and before Maaran could reach her, she is burnt alive. In what seems to be a cat and mouse chase, Maaran alongside Police try to build a case against Chak. However, this turns out to be futile. That’s when Maaran finds the real identity of the killer Parthiban (Ameer).

Karthik Naren has built a fantastic narrative and what begins as a juvenile, happy go-lucky, silly film for the first 40 mins becomes extremely strong and intriguing in the last 45 mins. Why did Parthiban kill Shweta? What were his intentions? What has that got to do with Investigative Journalism? 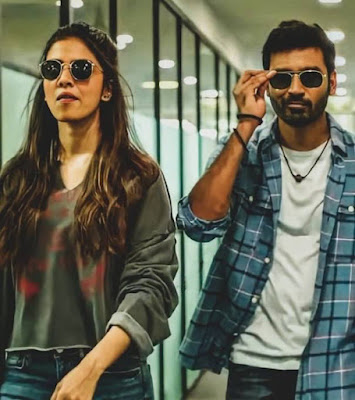 Watch the movie to know more.

GV Prakash has scored a brilliant BGM sans the usual solos, melodies and duets, and of course without any kuthu songs for a change. DoP Vivekanand has done a great job and so are all other technicians including Editor Prasanna. Bankrolled by Sathyajothi films, the film released quietly on Hotstar on 11 Mar. ‘22 at 5pm IST.

At 130 mins, the film seems to be perfectly made for an OTT release though Dhanush’s fans would miss the usual fanfare outside theatres they’re used to. Clean watch for the weekend with family though there are a few creative liberties such as alcohol, smoking & verbal expletives. 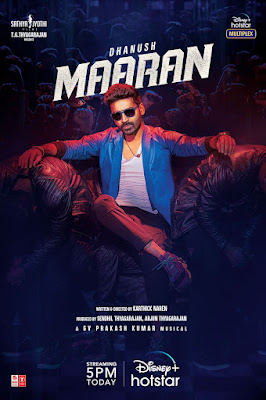